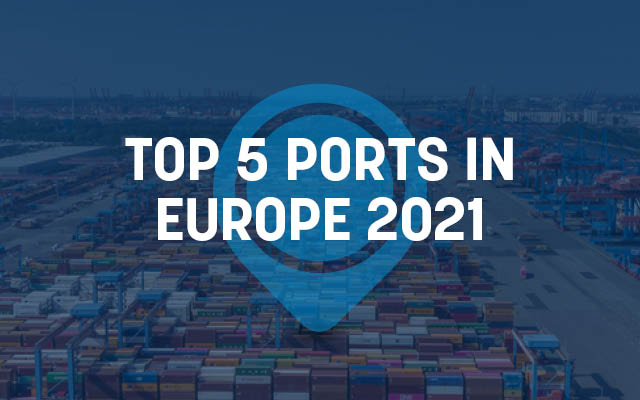 In Europe, there are over 1,200 ports. For the next instalment of PTI’s Top Ports series, we are whittling this down to the top five disruptors in the container sector for 2021.

To accumulate this list, PTI looked at each port’s container handling figures for calendar year 2021 and ranked them accordingly.

Kicking off our list is the Port of Piraeus – the largest port in Greece. Port officials recently told PTI that a total of 5.3 million TEU passed through its facilities in 2021.

Situated on the outskirts of Athens, the port boasts several strengths, primarily its strategic position and infrastructure.

COSCO Shipping previously increased its stake in the Piraeus Port Authority (PPA S.A.) by 16 per cent after an exchange event for the Letter of Closing II Arrangements was agreed on 25 October 2021.

The acquisition of the additional stake in the port authority raised COSCO’s stake to 67% and marked a milestone in China-Greece cooperation by allowing the Chinese company to facilitate the port’s further development.

These were the first machines in Greece to operate with what ZPMC calls a “smart core”, which enables easier semi-automated container handling operations.

Last year, the Port of Valencia overtook the Port of Piraeus for the title of Europe’s fourth busiest port.

“These figures show that the Port of Valencia has the beginning of saturation,” said Aurelio Martínez, President of the Port Authority of Valencia (PAV).

“We are close to our maximum capacity of 7.5 million TEU and, when there is a lot of operational cargo, these limitations are already noticeable. That is why the new northern container terminal is essential if we want to continue to be a port of reference in world traffic.”

Due to its strategic location and its dynamic area of influence, the port is a key player in Spain’s foreign trade.

One of the Port of Valencia’s main goals is to become the first port in Europe to use hydrogen technologies to reduce the environmental impact of its operations, aligning with its ‘Valenciaport 2030, zero emissions’ initiative.

Work has recently begun on the construction of its hydrogen supply station which will provide the necessary fuel to equipment across facilities. This plant is set to be located on the north quay, at a site known as Bracet de la Gità or Xità.

Taking the next spot on our list is the Port of Hamburg.

In September 2021, COSCO Shipping Ports Limited undertook a strategic investment to receive a 35 per cent minority share in the Hamburger Hafen und Logistik (HHLA) Container Terminal Tollerort (CTT) in the Port of Hamburg.

Under this agreement, CTT became the “preferred hub” for COSCO services and where cargo flows have been concentrated since.

The port also signed an alliance with the Port of Valencia which sees both parties collaborate in the development of maritime projects, with emphasis on the promotion of hydrogen.

The alliance specifically focuses on projects of clean energy with support from the European Union. Both parties agreed to focus their efforts on hydrogen generation initiatives, storage stations, supply and transport, and the use of hydrogen in terminals and machinery.

Just shy of the top ranking is the Port of Antwerp in Belgium.

In 2021, the port reportedly processed over 12 million TEU, despite facing several disruptions in the global supply chain.

“Despite the strong performance, 2021 was not an easy year for our port. Thanks to the resilience and world-renowned qualities of our port community, we have returned to the 2019 pre-COVID-19 [levels] after barely a year,” said Jacques Vandermeiren, CEO for the Port of Antwerp.

Located in Flanders, the seaport is in the heart of Europe and easily accessible by major vessels.

Back in October 2021, Antwerp partnered with aerospace company Sabca to conduct field trials of a fixed-wing drone fitted with cameras to assess the technology’s potential in providing real-time on-site security imaging.

Topping our list of ‘Top 5 Ports in Europe 2021’ is the Port of Rotterdam in the Netherlands.

“In terms of throughput volume, the port is back to its pre-corona level. Companies in the container sector, in particular, performed excellently, handling a record number of containers despite all the problems this sector faced worldwide last year,” said Allard Castelein, CEO of the Port of Rotterdam Authority.

“We are now investing in the construction of additional terminal capacity on the Maasvlakte to further facilitate the container sector. I am also optimistic in other respects.”

One of the port’s core aims is to attract, facilitate, encourage, and accelerate innovation and renewal so it can grow into the smartest port in the world.

This can be seen in the recent implementation of its Smart Mooring Solution. Rotterdam revealed in a social media post that the software is able to predict the impact that storms and adverse weather will have on moored vessels.

In June of last year, the port authority also launched a pilot project to further optimise port and supply chain process efficiency and safety, as part of efforts to digitise operations.

In a statement, the port authority said the target is to make customs processes more efficient and will involve working closely with shippers, customs agents, terminals carriers and other supply chain stakeholders.