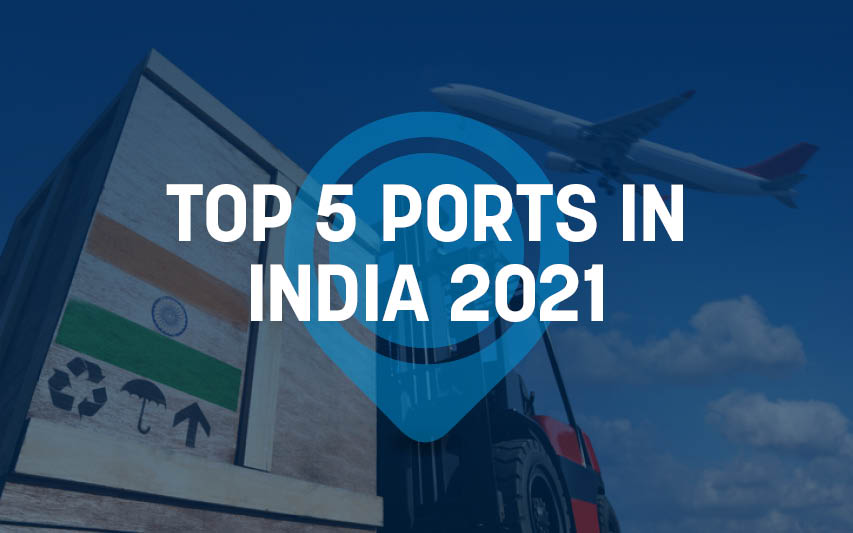 PTI continues to count down the busiest ports in the world, this time showcasing the best-performing ones in India.

As the world’s 16th largest maritime country with a coastline of over 7500 kilometres, seaports are crucial to India’s economy.

There are a total of 13 major ports in the nation, 12 of which are government-owned.

To measure each port’s success, PTI looked at the latest figures for Financial Year (FY) 2021-2022 so far (April to December 2021) and ranked them accordingly.

Formerly known as the Kolkata Port Trust and located in West Bengal, the Port of Kolkata is the oldest operating port in the country, as well as one of the 12 major ports controlled by the central Indian government.

According to data from the Indian Ports Association, the Port of Kolkata handled a total of 557,000 TEU in FY21-22 so far.

Moving up a spot from our previous list, the V.O. Chidambaranar Port Trust processed 593,090 TEU in the period in question.

Combined, these two terminals utilise a total capacity of 1,050,000 TEU.

The Port of Chennai, formerly known as Madras Port, remains the third busiest port in India.

This emerging hub port on the East Coast housed the country’s first dedicated container terminal in 1983. Now, it features three docks, 24 berths and a draft ranging from 8.5 metres to 16.5 metres.

During the beginning of the COVID-19 pandemic, the Port of Chennai was just one of the major seaports in the region facing congestion as documents needed to process goods remained unsigned by shippers.

Despite moving down from the top position in our previous list, JNPT still had a very successful period with container traffic increasing by more than 29 per cent compared the same period in 2020, to 4,177,211 TEU.

In July 2021, the port completed the construction of a new berth for coastal shipping in a bid to improve India’s maritime efficiency. The construction was done under the ‘Sagarmala’ program of the Ministry of Ports, Shipping, and Waterways.

JNPT previously wrote that the berth will give a push for coastal cargo movement and provide better infrastructure for coastal shipping and decongest rail and road networks, ensuring effective intermodal transportation solutions.

The facility has also recently demonstrated a focus on sustainability, providing staff with electric vehicles to travel within the container handling areas.

Topping PTI’s list of ‘Top 5 Ports in India 2021’ is Mundra Port, as owners Adani Ports and Special Economic Zone (APSEZ) recently announced that the facility handled a total of 4,900,000 TEU in FY21-22.

Furthermore, according to officials from APSEZ, a total of 6,665,159 TEU passed through Mundra Port’s four container terminals in Calendar Year 2021, cementing its position as India’s largest commercial port.

It was in August 2020 when Mundra Port first surpassed JNPT as the busiest port in the country.