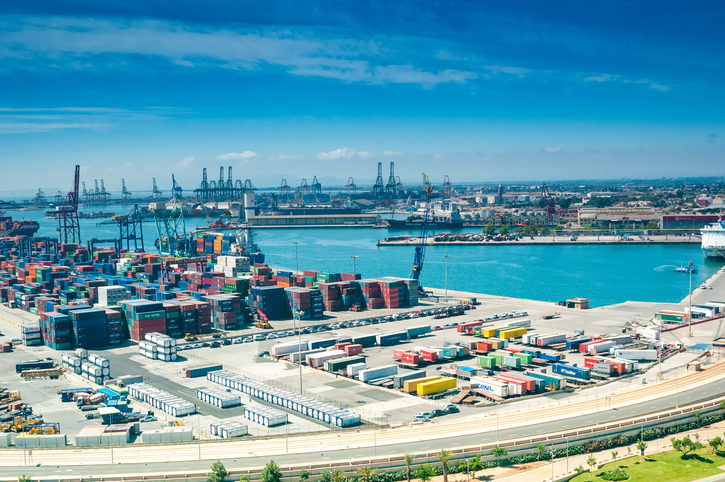 Valenciaport President Aurelio Martínez recently explained his outlook for revitalising rail traffic in the port system at a summit in the Port of Sines.

Martinez stressed that all involved agents need to focus on intermodal projects in strategic areas through dry ports or loading points and promote corridors such as Canfranc, on the Spanish-French border or Lisbon, Portugal.

“We have a railway network that is not very competitive, deficient and distant from the productive system, as it is more focused on the movement of passengers,” said Martínez.

“In fact, freight transport only represents 4.6 per cent of traffic, far below the European average of 17 per cent or 40 per cent in the United States.

“The lack of commitment to this system means higher logistics costs for companies, weak intermodal chains, a loss of competitiveness of the productive fabric and a higher environmental impact due to greater dependence on fossil fuels.”

Over the last few years, Spain has made great strides in railway investment, but primarily for passengers trains. Freight transport has been seen very little funding in comparison.

“The ports are very committed to rail investment, we are promoting it, something that should also involve other public and private institutions,” continued the Valenciaport boss.

“Out of the €475 million ($538 million) of investment for basic infrastructures of the port authorities until 2025, €100 million ($132 million) are destined to different railway aspects such as internal lines of the ports, connections with the general interest railway network or improvement of the performance of the railway network that affects ports, among others.”

The port has since committed €240 million ($280 million) to improving its rail access and infrastructure. This includes the electrification of tracks, the remodelling of the railway network in the port, and the adaptation of the network to the European gauge.

Currently, only 50 per cent of the freight moved by train in Spain originates from/destines in ports.

In the Spanish supply chain, 5.4 per cent of goods entering or leaving the country’s ports is done by rail and 94.6 per cent by road. In the case of Valenciaport, this percentage stands at 7.3 per cent for rail and 92.7 per cent for lorries.

The president went on to explain the need to increase the use of the railway system in freight transport as it will mean less CO2 being emitted from trucks.

“The investments we are making at Valenciaport are yielding results,” concluded Martínez

“Thus, for example, we are allocating more than €84.6 million ($95.8 million) to refurbish the Zaragoza-Teruel-Sagunto-Valencia line, which is being noticed in the increase in traffic on the Cantabrian-Mediterranean corridor with weeks that can reach 40 trains on average.”

In other recent news, Valenciaport has cemented its position as one of Europe’s busiest ports, handling 5,604,478 TEU in 2021.

These figures demonstrate an increase of 3.25 per cent compared to the port’s performance in 2020.