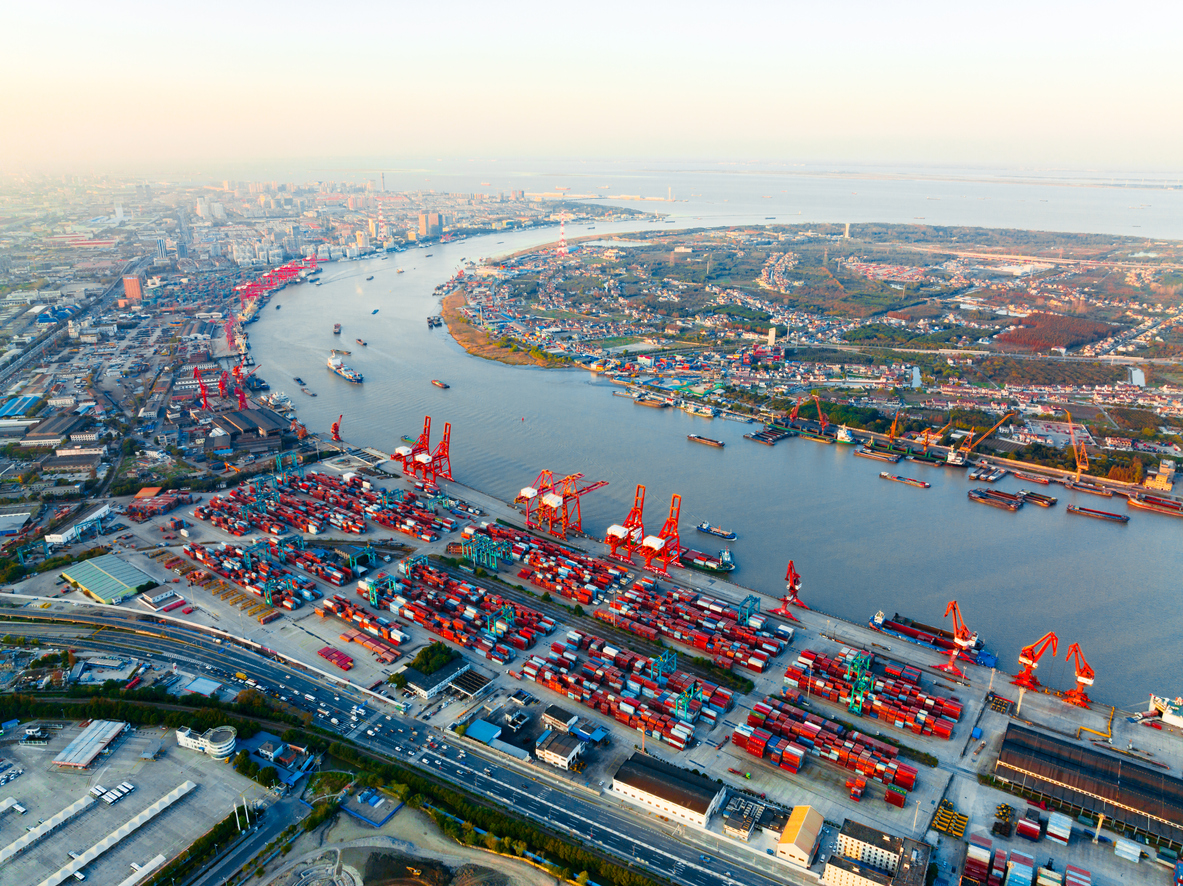 As 2022 is almost at its end, PTI has taken on the responsibility of counting down the top 10 ports in China this past year.

PTI is reviving its series that highlights the biggest and most effective ports from across the globe.

Despite the fact that the official Ningbo Shipping Exchange data for the final two months of the year are still awaited, China’s maritime industry has had a very successful and busy year in 2022.

Chinese ports handled 244.9 million TEU in total for the first ten months of 2022, which concluded on October 30. When compared to the same period in 2021, this indicates a rise of 4 per cent.

The container handling data for the past year have given us a clear picture of which ports will be leading the way towards 2023.

Near the mouth of the Qiangwei River in the Northern Jiangsu region of China, Lianyungang handled 4,440,000 TEU in the first 10 months of 2022, representing a growth of 6.4 percent year over year.

In July of this year, Vostochnaya Stevedoring Company (VSC) launched SITC South Korea – China – Vietnam service. The Port of Lianyungang is one of the ports included on the new service’s port rotation.

Along with increasing container handling numbers, the Port of Rizhao has recently had success. Container throughput at the deep-water seaport on the coast of the city of Rizhao increased 12.7 per cent from the same time in 2021.

Rizhao Port in East China’s Shandong Province has increased its container volumes by more than a fifth since the beginning of 2022. Volume of international freight trains has skyrocketed, increasing by 81.5 per cent year-on-year, thereby contributing to their annual increase.

Beibuwan Port, also known as Beibu Gulf Port, is a seaport in the Guangxi province of China owned by the Guangxi Beibu Gulf International Port Group.

The Port of Xiamen, situated along the Jiulongjiang River in southern Fujian, is a crucial deep-water port for the Chinese economy.

The port handled a total of 10,180,000 million TEU for the year, an increase in throughput of 1.8 per cent over the first ten months.

This past year, COSCO SHIPPING introduced a new Wuhan-Xiamen sea-rail intermodal train, with the inaugural trip occurring on 26 June. This has contributed to Xiamen’s increased throughput.

The principal marine entryway to the capital of China is provided by the Port of Tianjin, the largest port in northern China. The port handled 18,360,000 TEU in total, a 4.3 per cent increase from the previous year. Tianjin is one of the spearheading ports for environmental reform and decarbonising the maritime industry.

Tianjin Port is now among the most technologically sophisticated facilities in the world thanks to Tianjin Port Group (TPG) and Huawei’s fully constructed new smart terminal earlier this year.

Guangzhou Port, which had previously ranked fourth on our ranking of China’s busiest ports, has now fallen to fifth place.

This Guangdong province port handled 20,270,000 TEU in total from January to October of 2022, a rise of 1.8 per cent, the joint second-smallest percentage growth from 2021 of all the ports on this list.

The shift in COVID-19 cases throughout the course of the year may have had a serious impact on Guangzhou’s industrial centre and contributed to drops in import and export ocean shipping volume after the imposition of COVID-19 lockdowns.

The port of Qingdao moves up one rank from the previous year’s list to fourth, solidifying its place among China’s top five ports.

Between January and October of this year, this significant port on the Yellow Sea handled 21,390,000 TEU, representing a rise of 7.6 per cent year over year. Despite moving up this ranking, the Port of Qingdao’s percentile rise was 2.7 per cent lower than in 2021 where it achieved 10.3 per cent increase from 2020.

One of China’s fastest growing ports is the Port of Qingdao, which has a number of cutting-edge technological initiatives aimed at boosting commerce and commercial transparency. A smart tech cluster is being developed at the Port of Qingdao by SITC. Additionally, Qingdao Port became the first 5G intelligent port and hydrogen-powered port in the world.

Previously third place in 2020, the Port of Ningbo-Zhoushan remains the second-busiest port in China this year.

From January to October 2022, the port in the Zhejiang province handled 28,890,000 TEU, an increase of 8.1 per cent over the same period in 2019. However, compared to 2021, when the yearly rise was 11 per cent, this indicates even another decelerated growth.

All Eastern provinces have upgraded their epidemic prevention and control efforts as a result of China seeing its greatest COVID-19 rise in the past year since the pandemic started. Despite the temporary shutdown of highway exits and service areas, the Port of Ningbo-Zhoushan is continuing to operate steadily.

The Port of Shanghai, the biggest container port in the world, has opened operations for an empty container transportation centre. According to government sources, the new centre, which can handle 3 million TEU annually, would increase the port’s capacity for handling cargo, foster domestic and international commerce, and consolidate Shanghai’s position as a hub for international shipping.