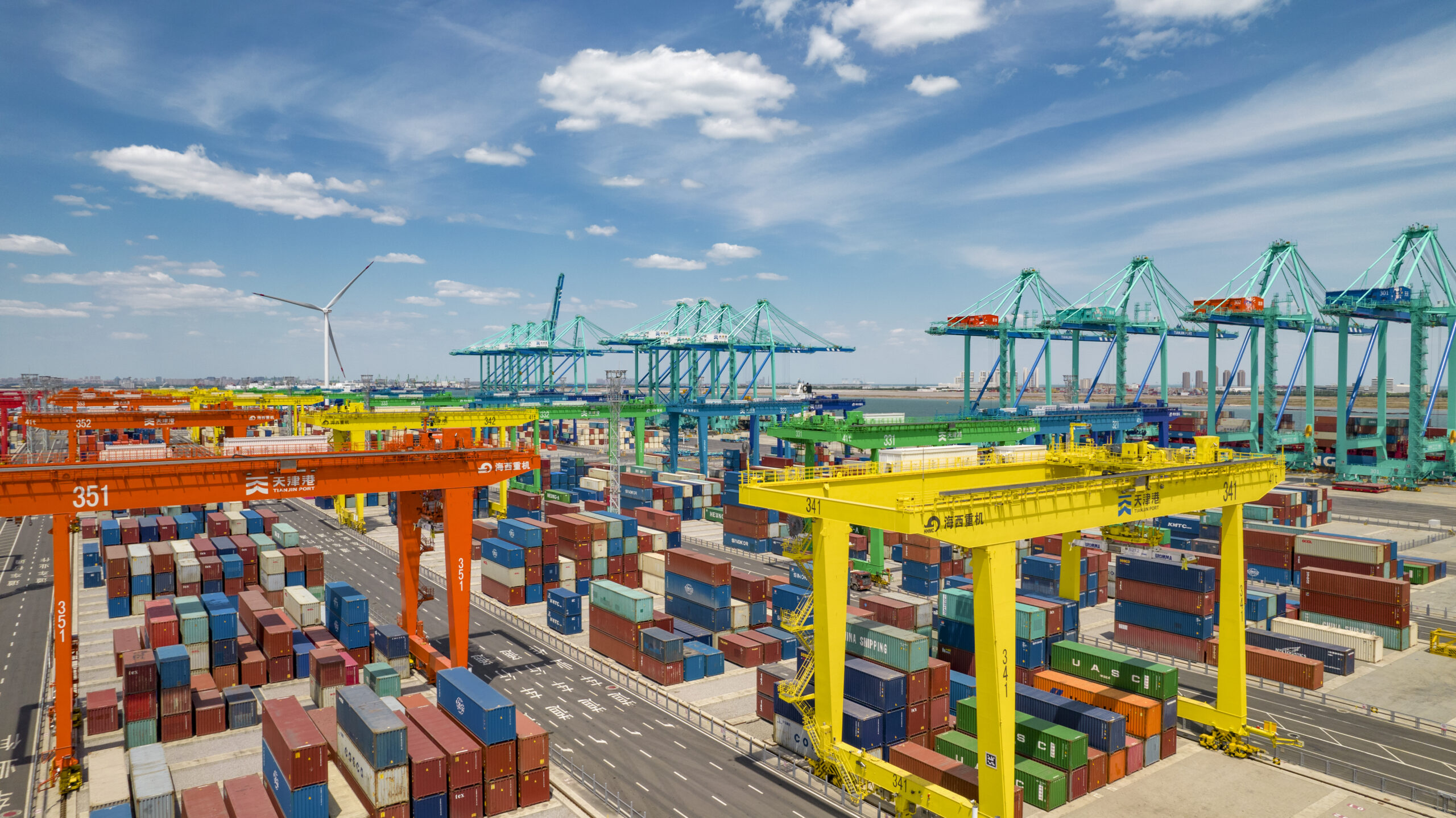 At the end of last year, port congestion caused severe disruptions in global supply chains, leading to stock shortages in many stores during retail’s peak season or ‘Golden Quarter’.

Tianjin Port has invested in new 5G and 4L autonomous driving technologies to build resiliency as a supply chain node.

TPG, Huawei and other partners, built a new smart terminal, making Tianjin one of China’s most technologically advanced ports.

On the port’s visitor platform at the container terminal at Section C of Tianjin Port, container cranes operate automatically and unmanned electric container trucks move boxes around the area.

At the port, remotely controlled quay cranes stably pick up containers that are loaded with cargo, loading containers onto the unmanned electric container trucks.

The containers are then unlocked and the trucks drive to the container yard.

One of the key innovative applications deployed in the smart terminal is Huawei’s AI-based horizontal transportation system.

The system is the world’s first large-scale commercial use of ultra-L4 driverless technology, as well as being the first in “5G+BeiDou” integration of intelligence and self-sufficiency in green electricity and zero carbon emissions.

Previously, transporting containers to container yards within the port was a costly process given the large number of container trucks and human drivers it required.

Tianjin Port has 76 container trucks, and to ensure 24/7 operations, each container truck needed three drivers working in three shifts every day, requiring a total of 210 drivers.

Driving on fixed routes in three shifts back-to-back can also be tiring for drivers, which posed a safety risk.

In addition, each container now consumes 20 per cent less energy and cranes are 20 per cent more efficient on average, with each crane operating 39 container units per hour.