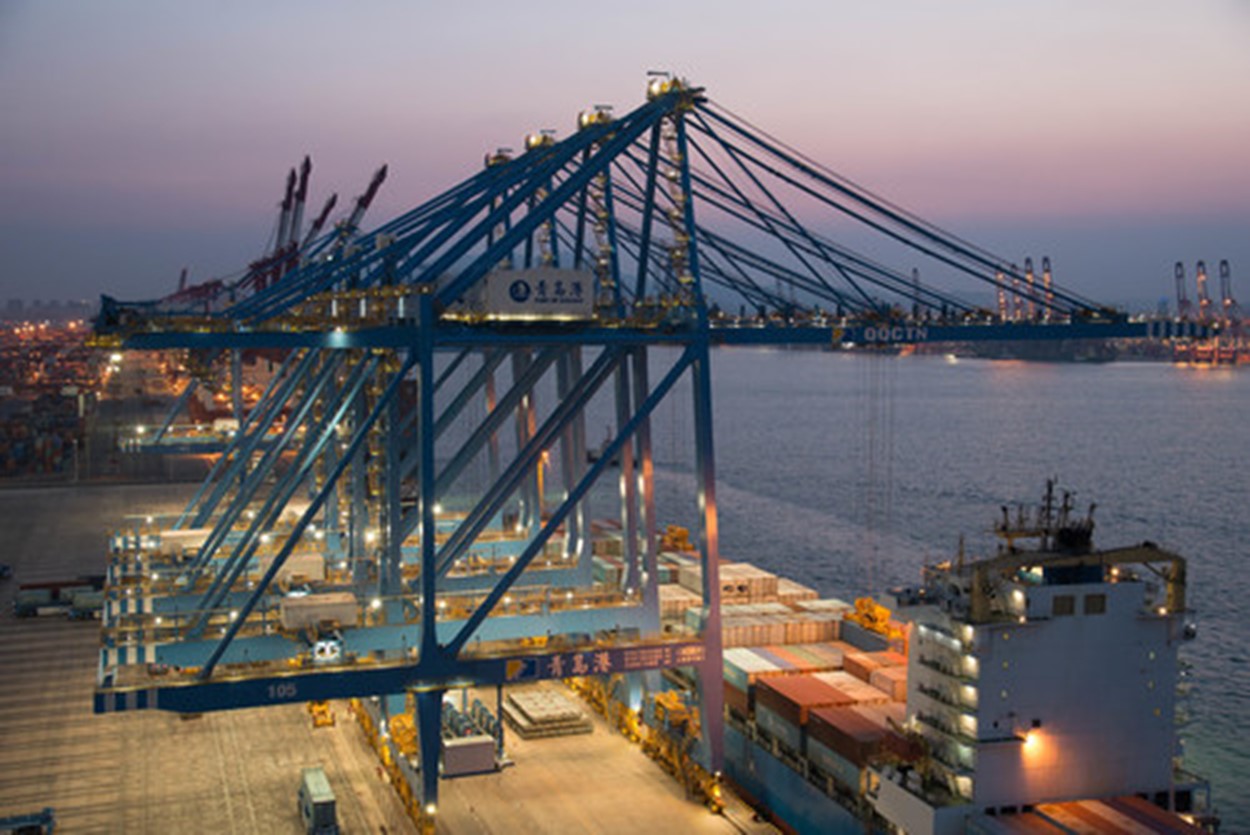 Shandong Provincial People’s Government has shared insights into its automated container terminal at Qingdao Port as part of the 2022 Qingdao Multinationals Summit.

As the traffic volume continues to increase, the port’s carrying capacity limitations has become a bottleneck that limits further development.

It quickly became evident that deploying a 3D intelligent, green and low-carbon transportation system is the way of the future, the Information Office of the People’s Government of Shandong Province wrote in its statement.

It is also the first fully automated container terminal in Asia.

The port has achieved productivity of 36.2 containers per ship per hour on average, peaking at 52.76 containers per hour, a production efficiency that is 50 per cent higher than other ports with similar automated terminals.

As one of the world’s largest automated terminals, Qingdao Port can accommodate 24,000 TEU container ships with an annual throughput of 5.2 million TEU.

On 30 June, 2021, the world’s first intelligent overhead container delivery system (in a pilot phase) was put into operation at the automated terminal.

The system was co-developed by a team of Qingdao Port engineers working under Zhang and the R&D team at CRRC Yangtze, with the goal of integrating the leading suspension transport technologies into the port’s operations to resolve that most difficult ‘last mile’.

The aim is to maximise efficiencies when it comes to delivering containers between the terminal, ships, transfer stations and stockyards, and meet the requirements for low cost, short loading and unloading cycles, greater efficiency, full automation, higher safety and zero emissions.

Qingdao Port has claimed that it is the world’s first ‘hydrogen + 5G’ smart ecological terminal, pioneering hydrogen-powered crane technology and systems by developing a hydrogen energy-driven solution for the fueling of equipment needed for the operation of a large port.

Calculated on the basis of an annual capacity of 3 million TEU, 21,000 tons of carbon dioxide and 640 tons of sulfur dioxide emissions are estimated to be cut annually.

In December 2021, SITC International, a Hong Kong-based shipping logistics company, inaugurated the SITC Global Shipping Logistics Center near the Port of Qingdao, China, to improve the trade and business environment along the New Silk Road.