Port of LA cut’s emissions by 7% 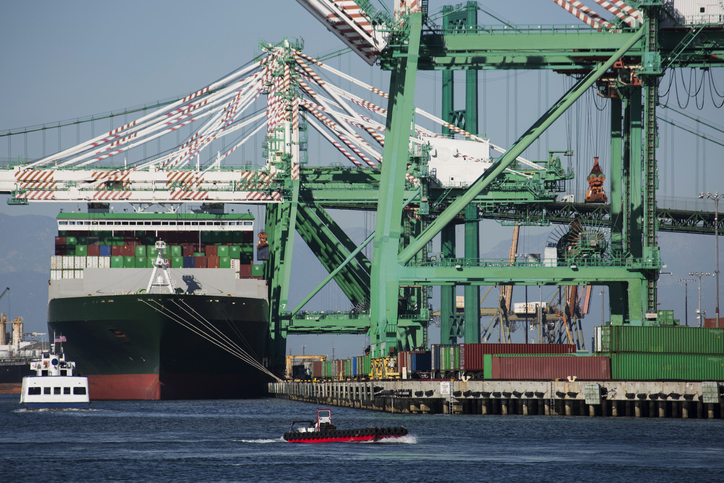 The Port of Los Angeles and partners reduced emissions between 5% and 7% in 2019 compared with 2018, according to the new 2019 Inventory of Air Emissions report.

The report which analyses emissions for 2019 noted that while cargo volumes slipped by 1% through the year the Port successfully cut its emissions.

The annual inventory measures both year-to-year changes and long-term progress of Port strategies to reduce pollution from all sources related to its operations: ships, trucks, locomotives, harbour craft and cargo handling equipment.

For 2019, the Port either maintained or exceeded its best numbers since the 2005 baseline year for reducing ground-level pollutants associated with health risk and respiratory illness.

Emissions of nitrogen oxides (NOx) are down 62%, the largest drop in NOx from port-related activity since 2005. Sulphur oxides (SOx) and diesel particulate matter (DPM) remain down 98% and 87%, respectively, since 2005.

On a per container basis, the Port’s 2019 clean air progress was even more noteworthy, the Port said in a statement. The Port made headway in almost every category, including greenhouse gases (GHGs) associated with climate change. GHGs, reported in carbon dioxide equivalents (CO2e), are down 32% for every 10,000 TEUs since 2005. The only exception was SOx, which remains down 98% on a per container basis since 2014.

The Port said a key efficiency driver is larger ships delivering more containers, resulting in fewer total ship calls and lower emissions. In 2019, 987 containerships brought more than 9.3 million TEUs to the Port, down from 1,479 ships bringing nearly 7.5 million TEUs in 2005.

The 2019 numbers show a 25% increase in TEUs, a 33% decrease in containership calls, and an 87% increase in the average number of TEUs per call since the baseline year.

Without factoring in container volumes, the Port has cut GHG emissions 15% since 2005. CAAP goals call for the San Pedro Bay port complex to use 100% zero emission off-road cargo handling equipment by 2030 and zero-emission heavy-duty trucks calling at Port terminals by 2035.

The slight drop in 2019 container volume reflects the initial impact of the trade war, which has slowed imports and exports between China and the US. The 2020 inventory, which will be completed in 2021, is expected to show the trade war’s ongoing impacts, as well as the economic turbulence of the global COVID-19 pandemic.

The 2020 data is also expected to reflect the benefits from widespread testing of near-zero and zero emissions equipment at the Port, as well as the full force of California’s original shore power regulations.

Effective 1 January 2020, the requirement for container, reefer and cruise ship fleets to plug into electricity at berth jumped to 80%. Cruise ships accounted for 8% of vessels calling at the Port in 2019, however the prolonged shutdown of the cruise industry due to the increased risk of contracting the virus is also likely to factor into the 2020 outcomes.