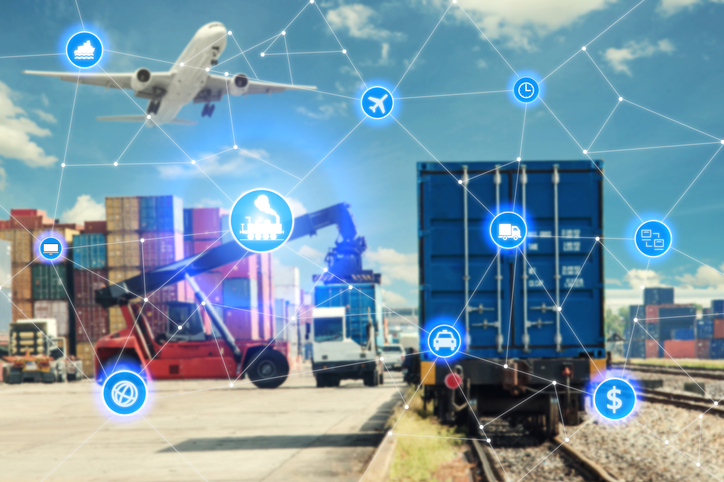 Supply chain stakeholders and governments must commit to utilising technology and data sharing if logistics crises such as the congestion on the US West Coast are to be avoided in the future.

The crisis, which has seen the number of container vessels call at the major gateways for US-China trade to triple, has been the biggest talking point of 2021 and has led to calls for government intervention from some parties.

Kerdjoudj-Belkaid called on the European Commission to enforce “rules of governance” around data sharing, “The issue of data, which is often called ‘the new oil’ is an important element because if you do not know who will use the data and how it will be mined, there is a risk of monopiles emerging on both public and private side,” she claimed.

“The maritime industry is a siloed industry, and when stakeholders only concentrate on themselves there is a lack of understanding of the constraints other modals face.

“The ports need to be more than just a parking area, there is a diversity of stakeholders [in a port], some are public, some are private.”

Kerdjoudj-Belkaid insisted members of Feport are looking for optimisation and technology can help them become more efficient and sustainable and “resilient” in times of crisis such as today.

“The port is a node where you see all the inefficiencies of the different modes of transport,” according to Kerdjoudj-Belkaid.

“If you do not have efficient conduct of operations from one mode of transport then it appears in a port.

The cause of congestion is not always a lack of efficiency in a port, she said, but it is also due to ports being dependent on other ports delivering or taking cargo on time, such as the vessels and rail network rails in the hinterland.

“Technology can only work if you have commitments from all the parties to deliver in terms of efficiency and communication. We cannot expect ports or port stakeholders to solve all the problems.

“It is important to have a good scheduling reliability on the shipping side, this is crucial. It is also important for trucks to show up on time and they use the gate management systems in the most efficient way.

“We need to stop with the siloed approach, and we need commitments from each part of the chain.”

She said the maritime industry has been “quite late” when it comes to automation and digitalisation and noted how Feport’s members have invested in improving their own systems through smart technologies.

“The big question is ‘how do we coordinate with each other,” Kerdjoudj-Belkaid claimed, and expanded by saying good coordination will come with “good data sharing”.

“We have a lot of initiatives out there that show people working together, we need only to look at Port Community Systems that allow a lot of parties to share information about customs issues, administrative procedures, etc.”