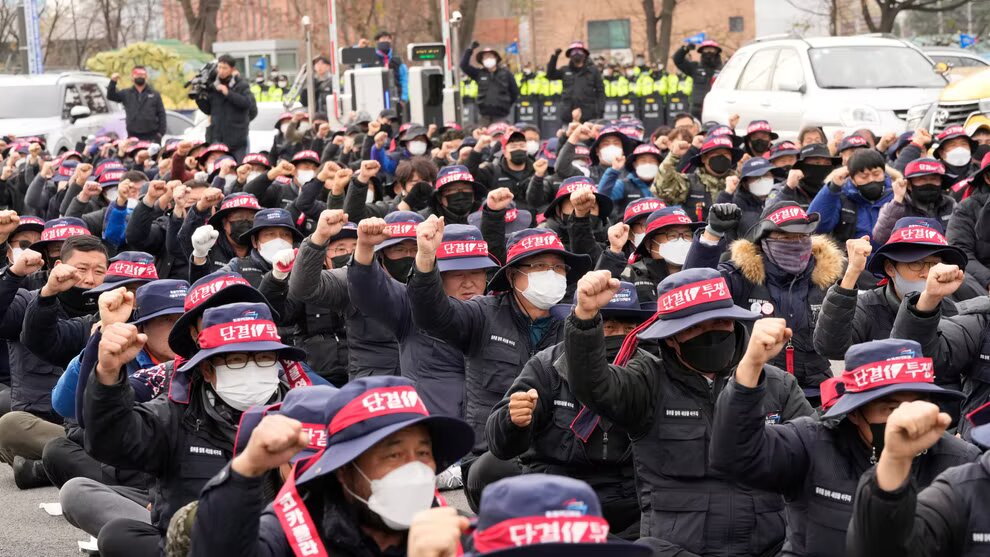 Trade associations in South Korea are calling on truck drivers to return to work as strike action enters its second week.

Associations representing the nation’s shippers and carriers are reportedly backing President Yoon Suk-yeol as he prepares another executive order to force truckers back to work.

Truckers began an indefinite strike on 24 November demanding a permanent minimum-pay system – Safe Freight Rate (SFR) – which was introduced temporarily in 2020 for a small portion of more than 400,000 truckers working aroudn the country.

Ongoing labour action follows an eight-day strike earlier in June when the government and industry agreed to continue and expand the SFR.

The government has now repeatedly expressed unwillingness to expand a minimum pay system for beyond a further three years.

The South Korean government is threatening imprisonment, fines, and suspensions to the petroleum and steel sector, after the Cargo Truckers Solidarity Union (CTSU) refused to yield back-to-work orders.

Joining KITA, the Korea Shipping Association (KSA), representing shippers, and the Korea International Freight Forwarders Association (KIFFA) have urged an end to strike action, as “the backlog of cement, steel and petrochemical products […] is accumulating, leading to the suspension of shipping operations.”

“If the strike continues due to the restriction of tanker lorry vehicles entering the refineries, the supply of fuel oil to ships will also be seriously disrupted,” KIFFA added.

According to the Ministry of Oceans and Fisheries, on 4 December just 25 per cent of containers were moving normally in the major ports.

The Yonhap news agency has reported that the president compared the truckers’ strike to North Korea’s nuclear threats, triggering a strong response from the Korean Confederation of Trade Unions (KCTU).

A recently issued statement recites the union “is furious and sternly warns against the absurd and meaningless words that cannot be believed to have come from the mouth of the president.”

The KCTU has firmly condemned the president actions deeming them as illegal and unconstitutional.

Most recently, the US House of Representatives passed a bill to avoid a looming rail shutdown threatening the country’s economy.