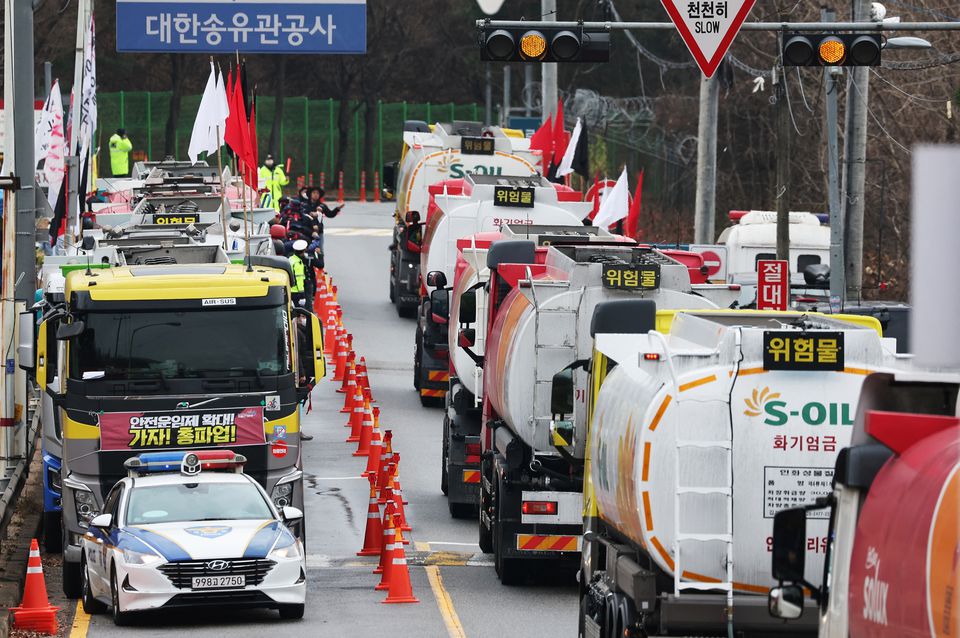 Bargaining between the South Korean government and truck drivers has failed to provide a deal to end strikes.

A first round of talks took place on 29 November.

After failed negotiations on 30 November, representatives from the Transport Ministry said the government remains adamant in its position.

The news comes as the government instructed cement industry workers to return to their posts on 29 November – as the cement, steel, auto and oil refining industries have seen KRW1.6 trillion ($1.2 billion) in lost shipments in seven days since the strike began last week, the Ministry said in a statement.

“Please return to your positions before it’s too late,” President Yoon Suk-yeol said during a cabinet meeting.

“I will firmly establish the rule of law between labour and management during my term and will never compromise with illegality.”

The Cargo Truckers Solidarity Union (CTSU) immediately responded: “It is the government and parliament that should return to work.

“The government and ruling party must immediately withdraw the start-work order, which took the basic rights of cargo workers hostage, and engage in sincere dialogue.”

According to Reuters, Transport Minister Won Hee-ryong said that the government would issue start-work orders to more truckers in other sectors if necessary.

Union leaders said they would seek legal action against these measures.

No date has been set yet for the next round of negotiations.

The stoppage is the second truckers strike in less than six months and has caused daily losses of an estimated KWR300 billion ($230 million).

Truckers are calling on the government to extend and increase capabilities of a system which calculates minimum wage based on growing operating costs due to fuel prices soaring.

The government has repeatedly expressed unwillingness to expand a minimum pay system for beyond a further three years.

In the meantime, strike action is threatening global supply chains on a larger scale.

Just yesterday, the US House of Representatives passed a bill to avoid a looming rail shutdown threatening the country’s economy.