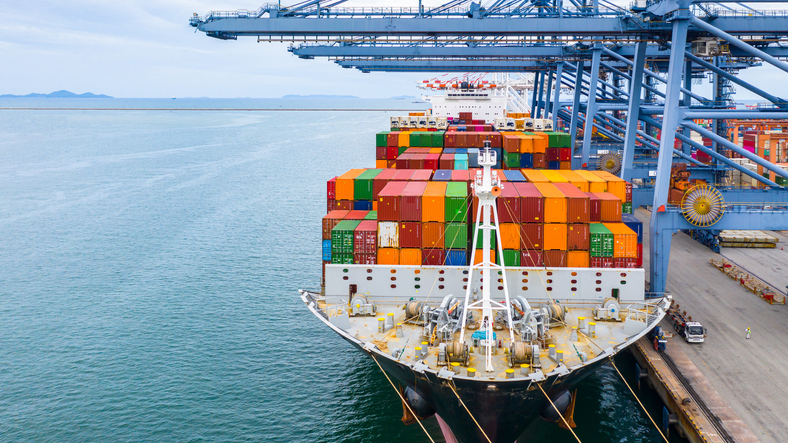 PTI is rounding up the major headlines from the last week and delving into how Russia’s military action in Ukraine is affecting the ports sector.

On 24 February, Russia invaded its neighbouring country of Ukraine, escalating a conflict that first started in 2014.

HHLA, which operates Container Terminal Odessa (CTO) in the Odessa Sea Port, wrote: “Except for the security staff, all employees are now at home. Their safety is our highest priority.”

An Estonian cargo ship recently got caught in the middle of the warfare as it sank off the Odessa Port on 3 March after an explosion.

It is believed that the 2,100 dwt Panama-flagged cargo ship struck a mine. The whereabouts of crew remains unknown.

Further detailed sanctions against Russian shipping are expected in the coming weeks.

The Government of Canada also announced it will stop the issuance of new permits for the export and brokering of controlled goods and technology to Russia.

“Canada remains concerned by the Government of Russia’s ongoing aggression, destabilising activities and escalation,” said the Government in a statement.

“Exporters with valid permits for the export or brokering of items to Russia prior to the date of this notice will have their permits immediately cancelled.”

The Ports of Rotterdam and Hamburg have also advised that they will no longer handle containers going to or coming from Russia.

Earlier this week, shipping lines began to drop Russian shipments, as A.P. Moller – Maersk (Maersk), CMA CGM, MSC, Hapag-Lloyd and ONE all have temporarily suspended bookings to and from the nation.

In a customer advisory, Maersk wrote: “As the stability and safety of our operations are already being directly and indirectly impacted by sanctions, new Maersk bookings within ocean, air, and intercontinental rail to and from Russia will be temporarily suspended, with the exception of foodstuffs, medical and humanitarian supplies (bar dual-use items).”

On 3 March, the company updated its customers on the situation, stating that all booking to and from St. Petersburg, Kaliningrad, and Novorossiysk will be now be halted, regardless of cargo type. Far East Russia is currently not impacted.

While COSCO Shipping Lines remains the only line to not cancel any of its business to and from Russia, it did announce it will stop all of its booking connected to Ukraine – omitting Odessa from its AEM3 service.

Looking ahead, experts at Drewry have said that while the impact of the invasion of Ukraine on the world economy and container shipping industry is so far fairly small, that could change quickly.

In a market update, Simon Heaney, Senior Manager of Container Research, said the fallout of the invasion for container shipping “will likely take longer to materialise” and the immediate operational threat is relatively low outside of the locality.