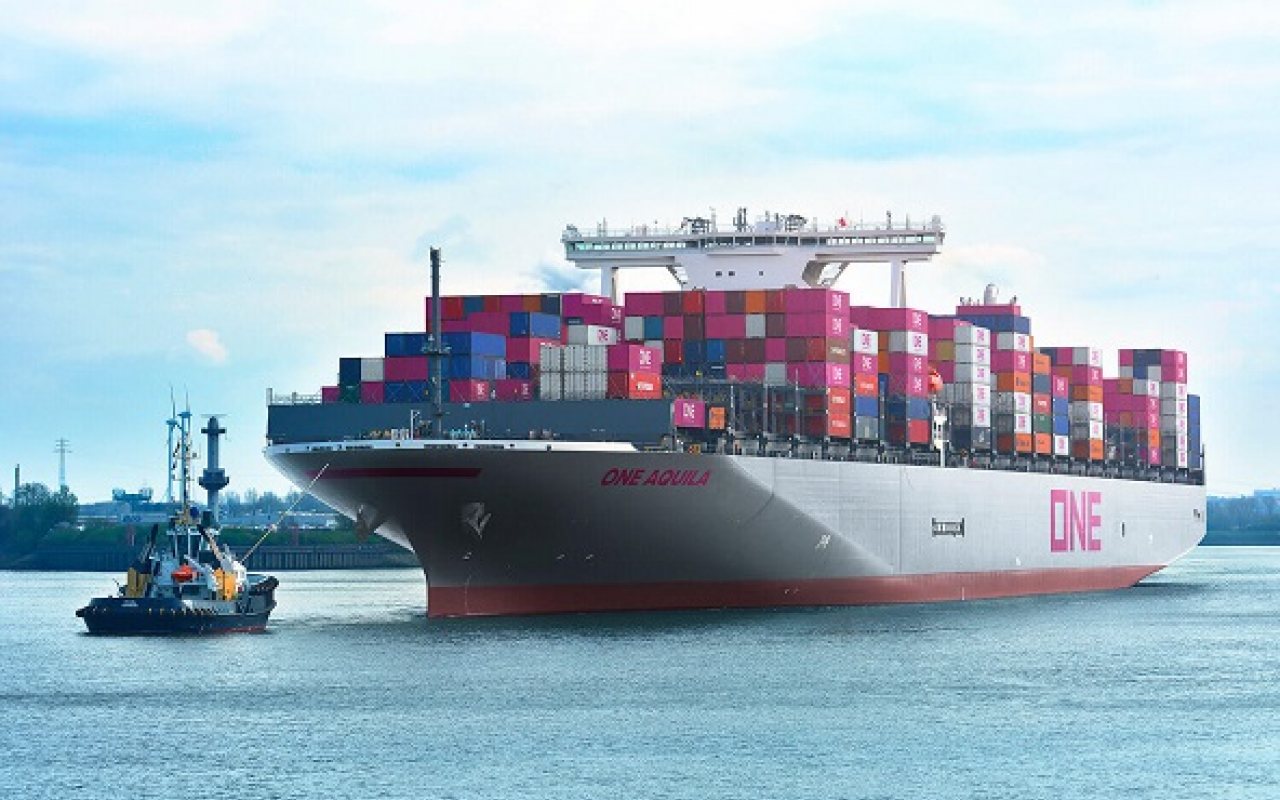 Ocean Network Express (ONE) has logged a record first quarter of the financial year riding the wave of high freight rates, in spite of softening in demand.

Although port congestion showed signs of improvement, supply chain disruptions continued around the world, including deterioration on the east coast of North America. As a result, freight rates remained significantly higher than those in the same period last year, increasing the company’s profits.

Global cargo demand in April-June remained steady despite the impact of the Shanghai’s lockdown and the Ukraine crisis, according to the company.

The global cargo demand in the Asia-North America market increased by approximately 4 per cent year-on-year in April and May. The Asia-Europe market volumes in the same period registered a fall by approximately 7 per cent due to global disruptions.

ONE has laid down a conscious outlook for the rest of the year as an excessive strain on the global supply chain persists. According to the firm’s statement, it remains impossible to determine when the market will reach normal levels again, although there are signs of improvement.

Furthermore: “It has become more difficult to forecast the overall business environment in the face of increasing uncertainties such as the ongoing Russia/Ukraine crisis, the impact of China’s zero COVID-19 policy, and ILWU labour negotiations,” said ONE in its statement.

“Under these circumstances, it is therefore extremely difficult to announce a reasonable business forecast for the current financial year and as such the company’s forecasts for FY2022 are yet to be finalised.”

The carrier predicted a net profit of almost $12 billion for fiscal year 2021.