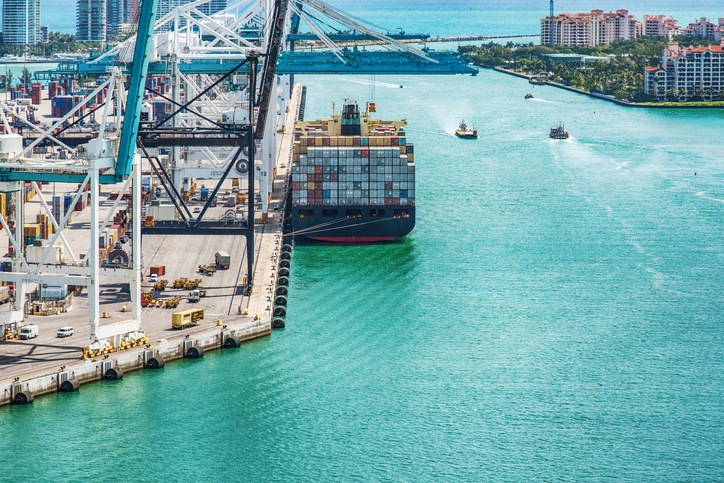 The Federal Maritime Commission (FMC) has called on the federal government to do more to help US exporters. However, it has not yet found evidence to take the major carrier alliances to court, despite accusations of broken export contracts.

According to the FMC Chairman, Daniel Maffei, who spoke during the Port of Los Angeles monthly cargo briefing, the commission has significantly increased its monitoring of the alliances and has “extensively” looked into the carriers’ actions.

“So far, there is just not the evidence that the behaviour the alliances are engaging in themselves or the overall structure that would allow us to take them to court,” Maffei said.

The FMC launched its Fact Finding 29 ‘International Ocean Transportation Supply Chain Engagement’ investigation in November 2020 after reports carriers were breaking contracts with US exporters to transport agricultural goods in favour of meeting high demand for empty containers in Asia.

Some supply chain stakeholders have urged the US government to take action against the carrier alliances, including possibly rewriting federal legislation and removing anti-trust immunity.

Describing Fact Finding 29 as a “comprehensive enforcement investigation”, Maffei insisted the FMC will “get to the bottom of any abuse that might be happening” and set out a plan to help US exporters.

These include installing a “go-to person” at the FMC that specifically helps exporters understand the law and spot possible wrong-doing from other stakeholders.

There also needs to be a strengthening of detention and demurrage rules to help protect US exporters, particularly from the agriculture sector, Maffei said.

The US supply chain has come under extreme pressure since the middle of 2020 which has seen unprecedented levels of traffic at the major West Coast gateways, driven by a COVID-19 pandemic-induced e-commerce boom.

In April 2021, the Port of Los Angeles handled 946,966 TEU, a year-on-year (YoY) increase of 37%, marking the best April in its history and ninth consecutive month of growth.

Gene Seroka, Executive Director for the Port of LA, said the Port’s marine terminals have been operating at above designed capacity for the past nine months.

“If the acreage is taken up by 80% of containers, that is considered full capacity in our industry, these terminals have been operating at 90-95% capacity.

“The lack of manoeuvrability slows down the trucker from getting in and out and hinders getting the trains ready for on-dock rail, so I think they [the terminals] have done a tremendous job in keeping up with the wave of cargo.

“We have set records six of the last nine months, and the other three months were very close to new milestones.”

“It’s truly been an unprecedented run here in Los Angeles. I’m grateful to our dedicated labour force and waterfront partners who work so hard to keep improving our services.”

Seroka also reiterated the Port’s ambition to have no ships waiting at anchor outside the Port by 30 June 2021.