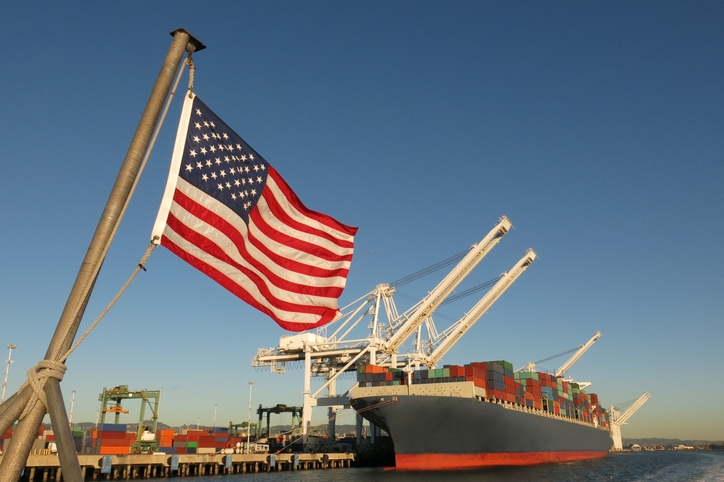 The US federal government must intervene to solve the US port congestion crisis and review the anti-trust exemption for ocean carrier alliances.

That was the general view expressed during the ‘WITA COVID, Supply Chains and the Crisis at the Ports’ webinar, held on the 25 February 2021.

Weston LeBar, CEO, Harbor Trucking Association, said legislation related to the practice of container shipping lines should be looked and possibly amended if it would benefit US business workers.

“We need to look at anti-trust immunity that has helped the foreign-owned ocean carriers; for every efficiency they have seen on the waterside, we’ve seen inefficiencies multiply on the landside.

Nate Herman, Senior Vice President, Policy, American Apparel and Footwear Association, urged the government to take action to prevent a reoccurrence of the crisis in the future.

“The federal’s government’s role is really to make sure this never happens again,” Herman said.

“That includes infrastructure, bringing everyone together, encouraging data sharing and addressing legislation like the Shipping Act.

“We have three alliances for ocean carriers, is it time to bring up the anti-trust exemption, for me it seems now is the time. The federal government has a role.

The congestion crisis at US ports has caused mass delay at the country’s biggest gateways as demand for containerised goods has surged since the beginning of the second half of 2020.

In addition to the market’s imbalance, which appears to favour carriers, the crisis has also raised questions about the efficiency of the US supply chain and its physical and digital infrastructure.

“Let’s not let this crisis go to waste, let’s respond to this in a way that means we never have to go through this again.”

Largely driven by consumer purchases of home equipment and major retailers replenishing stock, the surge has caused the number vessels waiting at anchor outside West Coast ports to more than triple and pushed yards and warehouses to near full capacity.

While the US ports and the wider supply chain struggle to cope, the carriers have enjoyed record profits during 2020, even as blank sailings increased, and demand fell at the beginning of the pandemic, as they benefitted from high freight rates and low oil prices.

The crisis has also caused a substantial equipment imbalance in the US supply chain as exporters cannot obtain containers to ship their goods overseas.

This is because carriers are shipping them back to Asia, as it is more profitable to carry empty containers where they can be used by Chinese business that are meeting US import demand.

The crisis for US businesses has become so severe that even manufacturers of santiser and wet wipes, products which are in huge demand, have seen their revenues squeezed as the cost of transportation is so high.

Lori Ann LaRocco, Senior Editor of Guests, CNBC Business News, revealed that US importers are being chard a $300 deposit “in order to participate in reserving” a container.

“That is a brand new charge,” LaRocco claimed, “now you have to pay to even try to play. That $300 doesn’t even guarantee you a container.”

Karyn Booth, Partner and Transportation Practice Group Leader, Thompson Hine LLP said the crisis was felt across the board and described it as a “perfect storm” of problems, that freight rates are higher than they have been for decades.

Booth explained carriers are incentivised to move empty containers to China to take advantage of the high freight rates.

When US exporters get a container, Booth continued, they have trouble getting on a ship and if a sailing gets cancelled they have to wait four weeks to get on another.

“This is a complex problem and it is not something that is easy to pinpoint because of all the ripple effects,” Booth said.

“The contractual relationships are all very different, the importers and exporters contract with ocean carriers and/or middlemen but the terminals only contract with the carriers, labour contracts with the ports and draymen contract with everyone.

“There is a lot of finger pointing and nobody is taking responsibility. It is a big problem with impacts on cost and inefficiencies.”