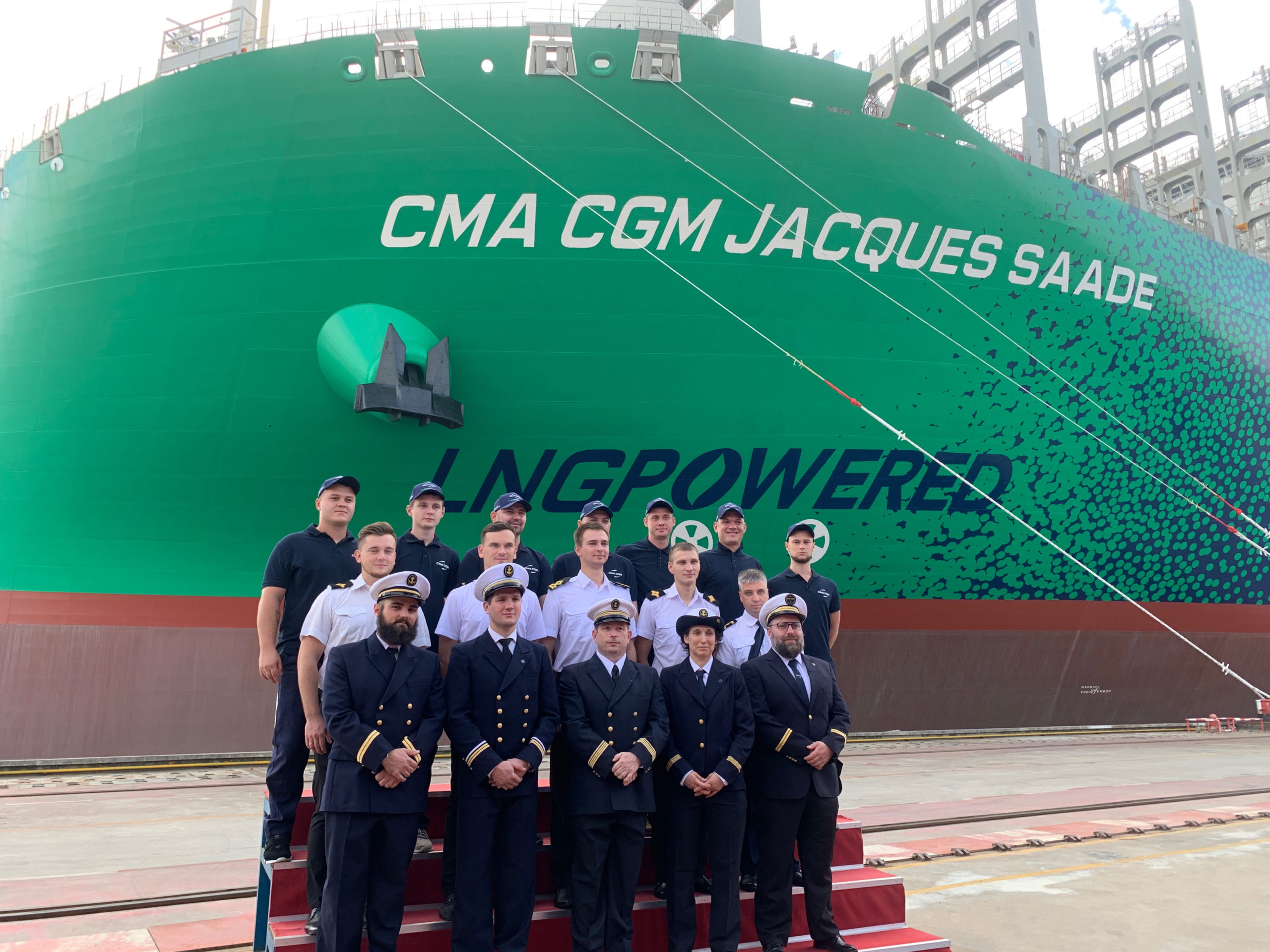 The first 23,000 TEU container vessel to be powered by liquified natural gas (LNG) has joined the CMA CGM fleet.

The CMA CGM Jacques Saade, named after the company’s founder, will be the group’s new flagship and is the first in a series of nine 23,000 TEU container ships.

The vessel will join the French Asia Line between Asia and Northern Europe. The maiden voyage is planned for 23 September.

The naming ceremony for the vessel was conducted digitally which saw the shipyard’s representatives in Shanghai and CMA CGM Group’s management in Marseille share a landmark moment in their common history.

The nine new ships will be registered at the French International Register and will bear the names of landmark Parisian monuments and other renowned venues and institutions from throughout the French capital (Champs Elysées, Palais Royal, Louvre, Rivoli, Montmartre, Concorde, Trocadéro, and Sorbonne).

Total has been selected to supply the ships with the LNG.

In November of 2017, Rodolphe Saadé, CMA CGM Group’s Chairman and Chief Executive Officer, decided to equip this series of container ships with LNG-powered engines – a first in the history of shipping for Ultra Large Container Vessels. The CMA CGM Group has thereby proven its commitment towards driving forward maritime transport’s energy transition.

Today, LNG is the most advanced solution when it comes to preserving air quality. It enables a 99% reduction in sulfur dioxide and fine particle emissions, and an 85% reduction in nitrogen dioxide emissions, going well above and beyond existing regulation.

LNG emits up to 20% less CO2 compared to fuel motorisation. This technology is one of the first step towards achieving CMA CGM Group’s ambitious 2050 objective of carbon neutrality.