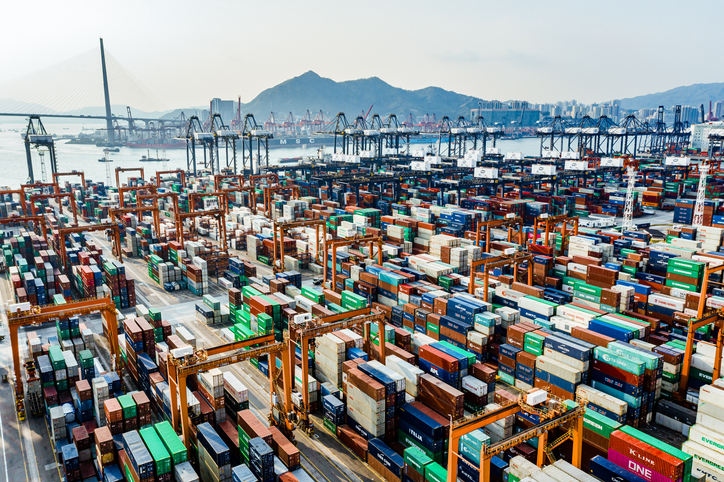 Chinese ports have largely continued to recover from COVID-19 pandemic, with a marginal year-on-year (YoY) increase of 0.8% in TEU throughput at the nation’s busiest hubs.

According to the Ningbo Shipping Exchange, the eight biggest ports in the country have had different fortunes in the first 10 months of 2020 and only two saw drops in throughput.

Shanghai, the country’s busiest port, was the other port to suffer a dip between January and November, this time by 0.4%, although its overall November 2020 throughput increased by 13%.

Tianjin was the best performing port between January and November with a 6.1% increase in TEU throughput. It also saw a 10.6% jump in the month of November.

The Ningbo Shipping Exchange said congestion was still affecting trade between China and North America and some carriers have been forced to merge schedules as capacity as reduced. This fall in space has meant a rise in freight rates, which in turn has led to greater profits for carriers worldwide.

These latest figures are an improvement on figures released by the Ministry of Transport in June 2020 that said throughput at the same eight ports had fallen by 5.4% on average.

China was the first major maritime nation to suffer from the effects of the pandemic when its exports crashed at the end of 2019 and beginning of 2020. Before the pandemic the country accounted for 14% of global containerised cargo.

In February 2020 calls at Chinese ports fell by 30% YoY, with many commercial vessels diverting their traffic to other countries in Southeast Asia.

However, the Belt and Road Initiative (BRI), China’s major economic development plan, continued despite the pandemic. In March, the China Development and Reform Commission said the China-Europe Railway Express, had recovered and was back to 90% capacity as traffic resumed.

Following that, in May 2020 the Port of Hamburg unveiled a new rail service to China, the Shandong-Europe Express, in a sign that the country was continuing to recover.

The subsequent return of exports has caused a new congestion crisis in ports around the world, in particular India, but also seen a return to almost pre-pandemic levels of volume. Some major ports in the US, such as Los Angeles and Long Beach, have seen record monthly throughput towards the end of 2020.