What are the five top ports in China? 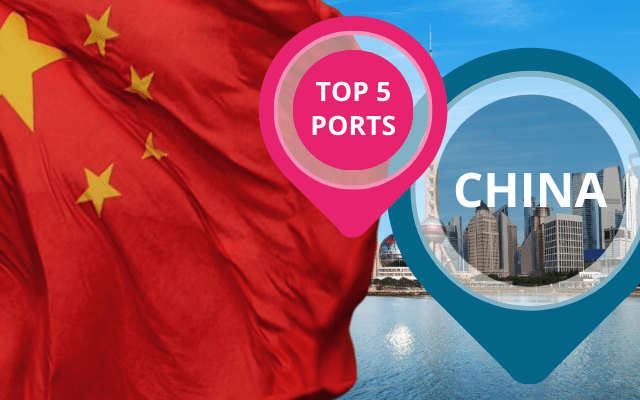 China is critical to the global economy and flow of goods across the world. PTI has asked: what are the top ports in China?

Beijing boasts seven of the 10 busiest ports on Earth and has very close economic ties to the other three – Singapore, Busan and Hong Kong.

In 2001 only one of the ports listed below would have it into the world’s top five ports. Those that featured in the top 10 jostled for space with many of the major ports of Europe and North America.

Its current domination of the port sector is undoubtedly the major story of the 21st century so far.

Today, China’s ports are an indispensable part of the country’s Belt and Road Initiative (BRI), a $1 trillion project to redesign global trade.

However, in the past three years China has faced numerous challenges, including its trade war with the US and most recently the coronavirus outbreak, both of which have threatened to cut it off from the shipping lanes it relies so heavily on.

How has the coronavirus affected ports and shipping? Find out with an exclusive PTI Insight

This list of the top ports in China has been measured by 2018’s TEU traffic, but up-to-date figures have been included where they are available.

The Port of Shanghai is the busiest port in the world with approximately 42 million TEU passing through it every year.

Its traffic is at least six million TEU larger than its nearest competitor, Singapore, and it has been on top of the list since 2005.

In August 2019 it was named the ‘best connected port in the world’ by UNCTAD, a title measured largely by volume and technological innovation.

It is solely operated by the Shanghai International Port Group (SIPG), the biggest terminal operator in mainland China. In 2018 SIPG broke its TEU volume record for the 13th consecutive year.

The Port of Shenzhen is the second busiest port in China and third in the world with a TEU traffic of 27.7 million.

It is actually a collective name given to several ports that sit along 260km of Guangdong province’s coastline.

Some of the biggest Chinese terminal operators are present there, including China Merchant Ports and Yantian International Container Terminals.

Its traffic has increased steadily in the past four years, jumping from 24 million TEU in 2014.

The Port of Ningbo-Zhoushan is the third busiest port in China and fourth in the world, with volumes of 26.3 million TEU a year.

Since 2014 it has seen its traffic increase by almost five million TEU, thanks largely to the increased number of routes it is now on as a result of the BRI.

It is also the busiest port by tonnage and became the first to carry one billion tonnes in 2017.

As a central component of the BRI, it is pivotal to China’s wider economic plans. In May 2019 it signed a deal with German terminal operator HHLA to improve trade relations and technological collaboration.

The Port of Guangzhou is the fourth busiest container port in China and fifth in the world, with an annual traffic of 21.8 million TEU.

In 2018 it was named one of the fastest-growing ports in the world by Alphaliner, confirming its status as one of China’s economic engines.

It is one of many major Asian ports to have struck agreements with the Port of Rotterdam on deepening ties between Europe and the Far East.

The Port of Qingdao is the fifth busiest port in China and eighth in the world, with an annual traffic of 18.2 million TEU.

It is separated from the other ports in this list by Busan, South Korea, and Hong Kong, which has not been included.

While it may not carry as much as the others, it still plays an important part of China’s overall maritime strategy. It owns a 9.9% of the Vado Gateway Terminal in Italy, which gives it a foothold into the European market.