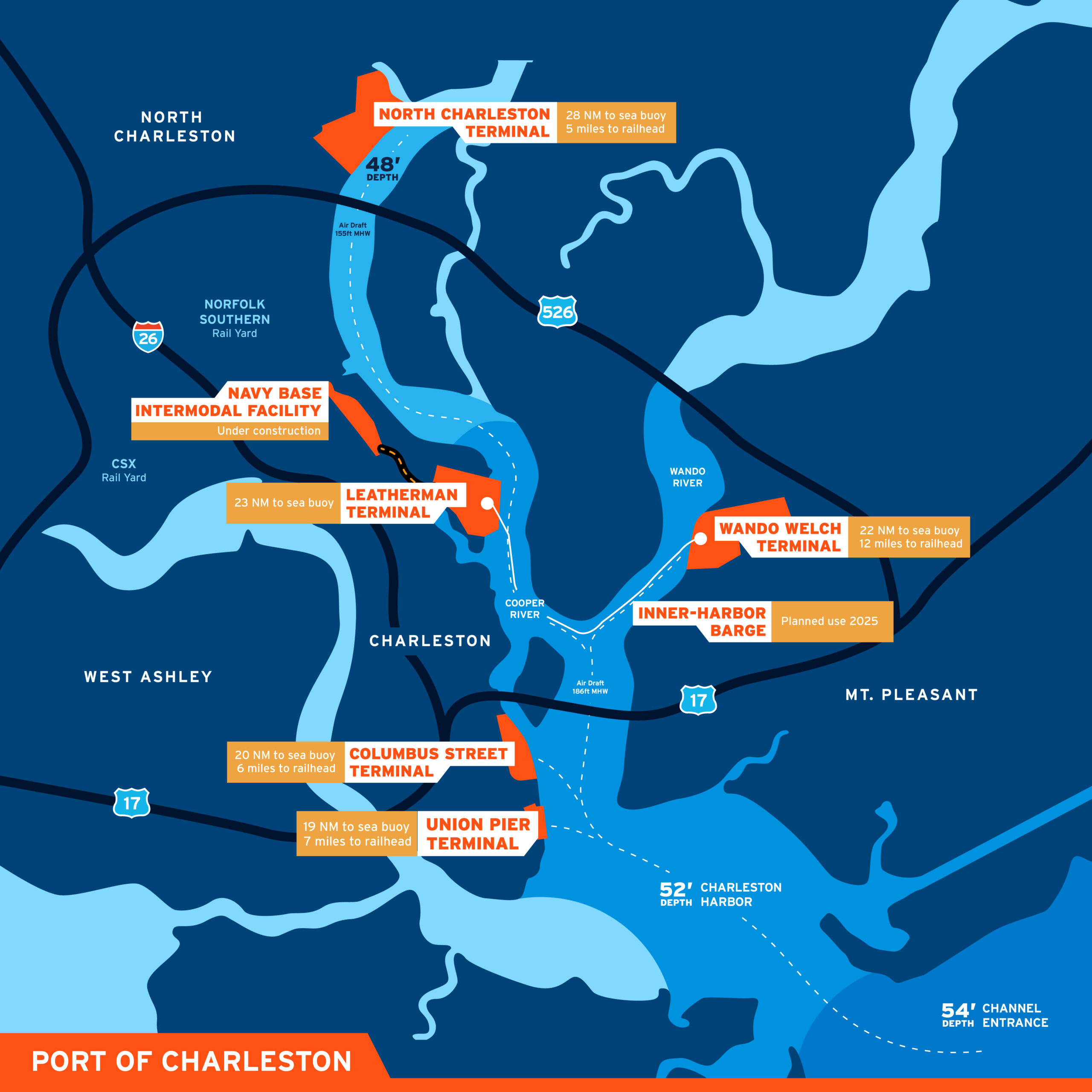 South Carolina Ports (SC Ports) has completed the deepening project of Charleston Harbor – now the deepest of its kind on the US East Coast at 52 feet.

“It is a truly historical moment to be celebrating this monumental achievement. Charleston Harbor has been deepened to 52 feet,” said SC Ports President and CEO, Barbara Melvin.

“With the deepest harbour on the East Coast, we can efficiently work mega container ships at any tide. This investment will bring economic success to South Carolina for generations to come.”

The roughly $580 million infrastructure project was fully funded by state and federal dollars.

Deepening work began in 2018, thanks to a $300 million grant awarded by the state back in 2012, followed by several infusions of federal funding.

In 2019, Congress committed $138 million for the project, funding it to completion.

With the deepening project complete, SC Ports will be able to handle increasingly high cargo volumes and mega container ships calling on the Port of Charleston.

SC Ports also recently celebrated the rail expansion at Inland Port Greer to support the supply chains of port-dependent businesses in the Upstate.