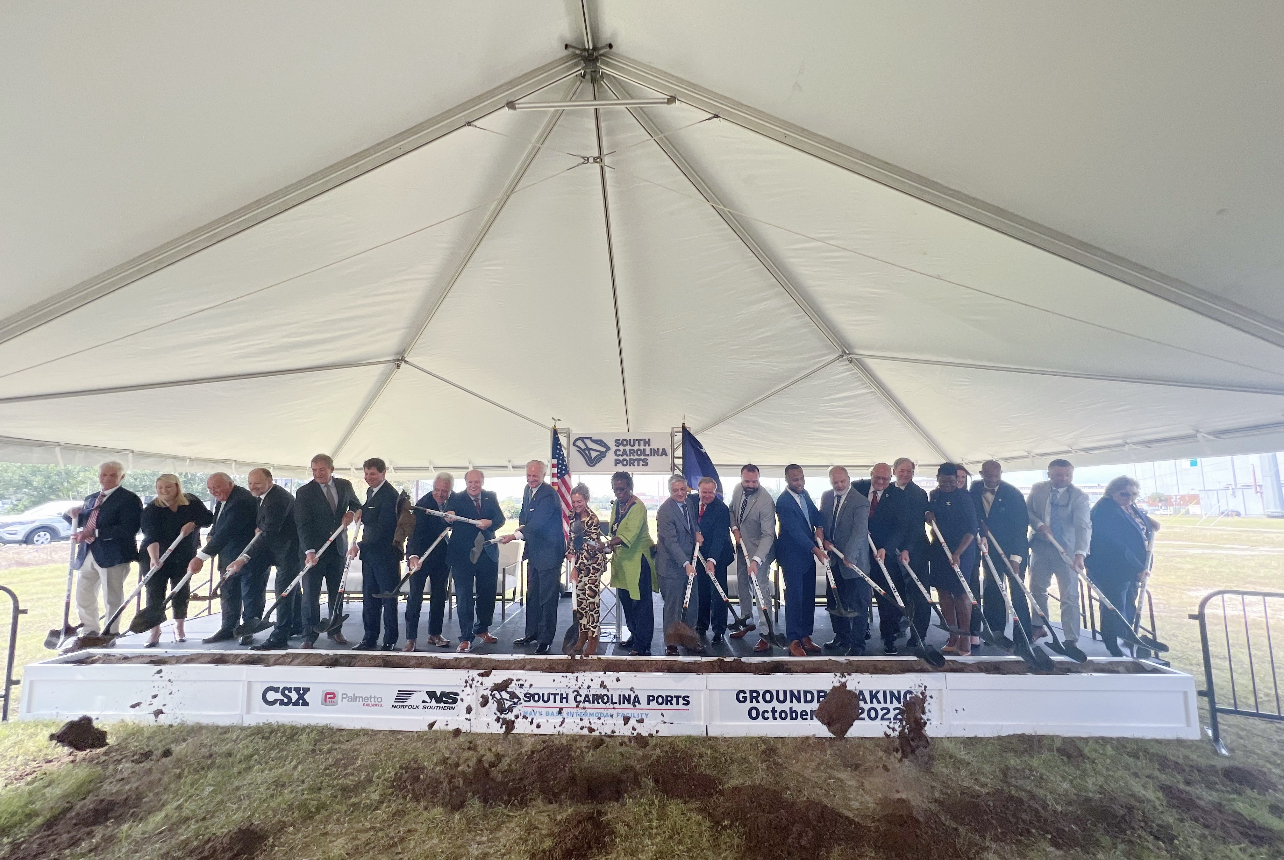 South Carolina Ports (SC Ports) has received $550 million in state funds for a near-dock rail and an inner-harbour barge operation.

$400 million will go towards for the rail yard and $150 million for the barge operation.

Port officials and elected officials gathered in North Charleston to celebrate the ground-breaking of the Navy Base Intermodal Facility.

The port authority is developing the rail-served intermodal yard to provide near-dock rail to the Port of Charleston.

“This critical infrastructure project will greatly enhance SC Ports’ capacity, allowing imports and exports to swiftly move between the hinterland and the Port of Charleston.”

The Navy Base Intermodal Facility is located about one mile from Leatherman Terminal.

Containers will be moved to and from the Leatherman Terminal on a dedicated road.

Nearly 80,000 feet of rail track will create a capacity of 1 million rail lifts in Phase 1 according to the port authority.

The Navy Base Intermodal Facility is also set to enhance SC Ports’ rail-served Inland Ports in Greer and Dillon.

“These investments will further support our customers’ supply chains and attract additional cargo to our port, supporting job creation throughout South Carolina.”

Projects are slated to open in July 2025 and will complement the more than $2 billion the port authority has already invested in its infrastructure and operations.

“The latest investment in the Navy Base Intermodal Facility is the next step towards growing not only the Port of Charleston, but our state’s economy as a whole.”

In September, SC Ports handled a container ship at the deepest draft to-date at the new 52-foot-deep Charleston Harbor.

The MSC Rayshmi set the record for deepest draft at SC Ports, arriving at 48 feet and 11 inches of draft. Five cranes worked the vessel at Wando Welch Terminal. Crane operators moved 2,758 containers on and off the ship.