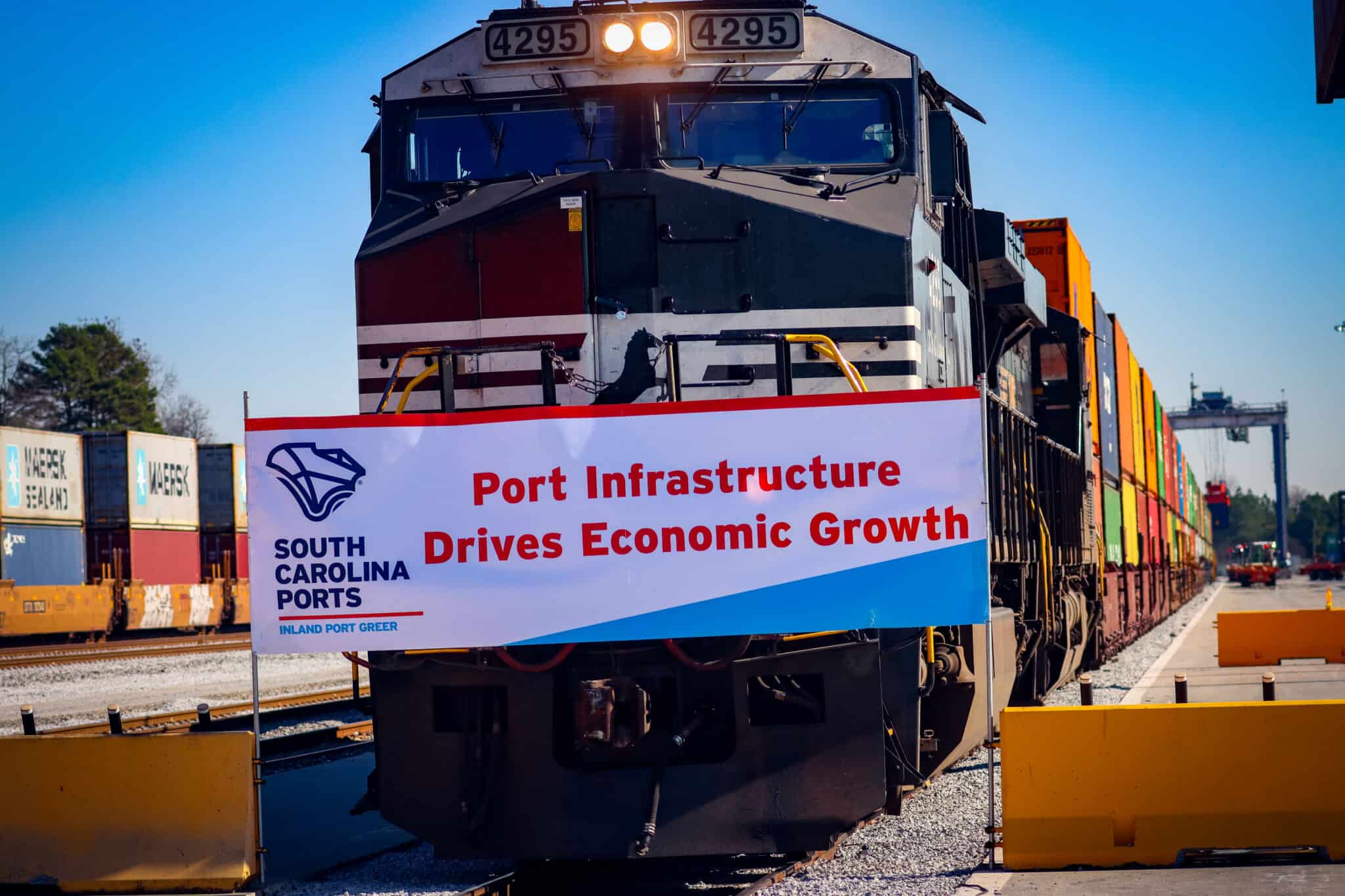 South Carolina Ports (SC Ports) has celebrated the rail expansion at Inland Port Greer to support the supply chains of port-dependent businesses in the Upstate.

“Nine years into operations, we are thrilled to be expanding the cargo capacity and rail capabilities at Inland Port Greer to better serve our customers’ supply chains,” said SC Ports President and CEO Barbara Melvin.

“We are proud to play a role in supporting Upstate companies’ success. The growth of Inland Port Greer has truly been on the fast track.”

The first phase of expansion involved building an additional rail processing track and two rail storage tracks within the terminal.

The addition of 8,000 feet of new rail will meet cargo demands through 2040 according to SC Ports.

The next phase of expansion will involve expanding the container yard by 15 acres to the east and the west to handle 50 per cent more cargo.

The full project is slated for completion in winter 2024.

The more than $30 million expansion is funded by both SC Ports’ revenues and a portion of a $25 million BUILD (Better Utilizing Investments to Leverage Development) grant.

The grant was awarded to the S.C. Department of Transportation for its Upstate Express Corridor Program.

“The expansion of Inland Port Greer adds more space for containers and trains to meet the capacity needs of our customers,” said Ed Stehmeyer, SC Ports’ general manager of projects and design.

“The goal of the terminal expansion is to bolster the Upstate intermodal infrastructure supply chain and further develop the inland terminal to handle more cargo for our customers.”

Inland Port Greer opened in 2013 with BMW Manufacturing Co. as the launch customer.