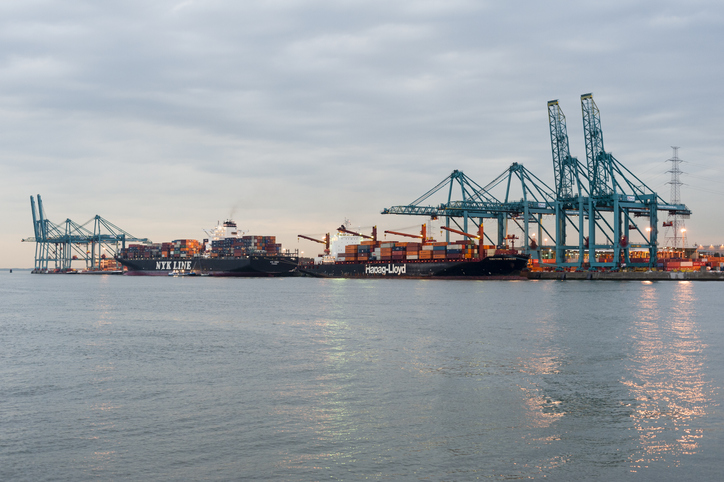 The long-awaited creation of the Port of Antwerp-Bruges in 2022 is the result of complementary synergies beyond just container management, a maritime industry expert told PTI.

On 12 February 2021, the City of Antwerp and City of Bruges reached the agreement to strengthen the ports in what planners called a “long-awaited unification”.

In joining operations, the ports will strengthen its resolve in global supply chain lines, as well as make greater progress on its decarbonisation targets.

The merger will mean the port will become one of Europe’s most important container hub, managing 157 tonnes of container traffic per year, and the largest port for the throughput of vehicles in Europe. With a total throughput of 278 million tonnes per year, the new port will be able to manage unprecedented cargo demand in the coming years.

The two ports will complement each other in traffic handling: Antwerp, for example, will specialise in the handling of containers, break bulk, and chemical products. Zeebrugge, in contrast, is a major port for RoRo handling, but also container handling and the transshipment of Liquefied Natural Gas (LNG).

The port also plans to make key inroads levying advantages for innovation and digitalisation, in order to improve efficiency and reduce overheads along the supply chain.

The idea of merging the ports is not new, Theo Notteboom, Professor in Port and Maritime Economics at the University of Antwerp, told PTI. However, in the past the merger talks composed mainly of container management.

Today, Notteboom argued, “there are lots of synergies” to be found between the two ports, notably on sustainability.

“Zeebrugge is a large coastal port with a strong status as an LNG hub and has access to the wind farms on the North Sea,” Notteboom explained.

Antwerp-Bruges will aim to make progress as a hub for green hydrogen and the hydrogen economy. Additionally, the port, in collaboration with wider stakeholders, will examine methods of applying Carbon Capture, Utilisation & Storage (CCUS) as part of its work to decarbonise its footprint.

“Antwerp has a huge chemical cluster. Combining the two provides room for joint projects in the field of energy transition such as hydrogen. This energy transition dimension in my view played a big role in the feasibility and relevance of a merger,” Notteboom said.

Notteboom noted that many other ports, such as the North Sea Port and HAROPA, are part of a wider industry trend of ports pooling resources. The Port of Antwerp-Bruges represents the largest merger of this type in the industry. Interestingly, the Notteboom  noted that the Port of Antwerp-Bruges furthers the trend of ground-up mergers between ports unlike in the case of China or Italy where higher authorities pushed ports towards mergers.

One dimension to keep an eye on will be the impacts the merger has on surrounding ports, Notteboom said. Whilst, at first glance, “the merger will not change a lot” for neighbouring ports, local operators may benefit from streamlined revenue models due to streamlining of pricing strategies.

In addition, Notteboom said, “The merged authority will be able to actively position certain areas in both ports towards a specific audience.

“Zeebrugge is a coastal port and Antwerp a river port about 80km upstream the River Scheldt (and thus closer to the hinterland markets). This geographical complementarity could also play a role in future marketing and cargo binding efforts.”

More broadly, Notteboom said the port policy of the Flemish government will have to tackle with a port landscape that has rapidly changed over the past five years, with Antwerp-Zeebrugge, Ghent as part of the North Sea Port, and the “isolated” small port of Ostend.

Annick De Ridder, Port Alderman and Chair of the Board of Directors of the Antwerp Port Authority, said in a statement, “We are proud of this historic agreement, which seals a long-awaited unification.

“By joining forces, we are on the way to becoming Europe’s global port, while at the same time reinforcing our position as the most important container port in terms of tonnage, a solid RoRo port and one of the largest break bulk ports in Europe.

Dirk De fauw, Mayor of Bruges and Chair of the Zeebrugge Port Authority, said by combining their own strengths in LNG and automotive handling, the port will be able to create greater output than previously.

“We will achieve this in the interests of and in consideration of our shared port operations, our city, and our region,” he added.