AB5 protests roll on as dockworkers frozen out of work 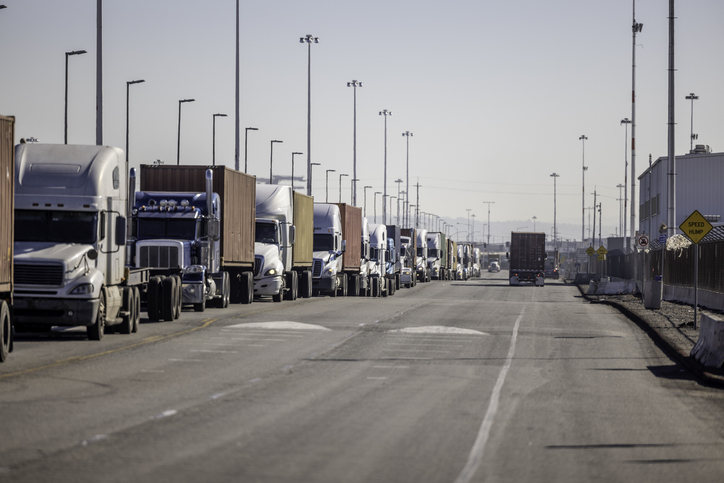 Some 450 Port of Oakland dockworkers have been unable to report to work as truckers protesting the AB5 law have blocked access to one of the port’s main terminals.

Transport workers are protesting against the Assembly Bill 5 (AB5) authored by former Assembly Member Lorena Gonzalez in 2019. Provisions in the bill require workers to satisfy a three-part test to be considered independent contractors.

An injunction in place since 2020 has prevented the law from being enforced; however, on 30 June the Supreme Court declined a petition brought forth by the California Trucking Association (CTA), upholding the full enforcement of the law.

The SSA Marine terminal at the port was closed for the third time this week on 21 July; the port’s three other terminals have continued operations.

The International Longshore and Warehouse Union (ILWU) represents over 1,600 dockworkers at the port. “Every day, ILWU workers are getting up at 5.00 am to drive to the dispatch hall and fill jobs at the port,” ILWU Local 10 President Farless Dailey III said in an emailed statement.

READ: Northern European ports on alert as German dockworker strike to go ahead

“But when they get to the terminals, the trucker protests are creating conditions which make it unsafe for workers to pass through the gates and do our jobs.

“We are in favour of AB5, not against it,” Dailey said. “But we’re not going to put our members in harm’s way to pass through the line of truckers.”

In an open letter on 21 July, Executive Director of the Port of Oakland Danny Wan said he had met with representatives of protesting truckers to hear concerns and expressed objectives.

“During the meeting, I emphasised that it is important to return the Port to full operations now!” he wrote.

“Prolonged stoppage of port operations at Oakland for any reason interferes with commerce, increases congestion, and harms business for everyone. Disruptions in truck movements and moving cargo drive customers away and prompt them to consider taking their business to ports outside California.

“We do not want to see the loss of business and jobs here. The Port of Oakland is a major economic engine for Northern California, and we want to keep our jobs here.”

A statement from California Governor Gavin Newsom’s office wrote: “California is committed to supporting our truck drivers and ensuring our state’s truck drivers receive the protections and compensation they are entitled to. . . the State will continue to partner with truckers and the ports to ensure the continued movement of goods to California’s residents and businesses, which is critical to all of us.”

In the UK, some 500 dockworkers employed at MDHC container services at Peel Ports in Liverpool will vote on whether to strike in a dispute over pay and conditions.