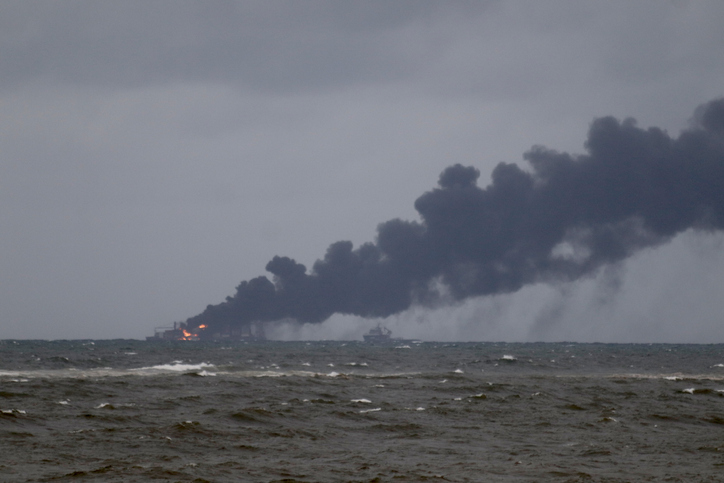 Tighter conventions on container vessels must be enforced to prevent disasters like the X-Press Pearl from reoccurring, a new review has found.

On 20 May 2021, a fire broke out on the 2,700 TEU X-Press Pearl off the coast of Colombo, Sri Lanka. The fire burned for a total of 13 days and was caused by unattended leaking containers.

The fire caused fishing to be prohibited in large areas along the coastline of Sri Lanka, waste to be washed up on beaches, and the death of a considerable amount of marine life.

The report from IPEN and the Centre for Environmental Justice (CEJ) stressed that current container conventions need to be better enforced to avoid reoccurrences of disasters such as the X-Press Pearl fire.

“These issues also need to be addressed on an international level,” the report wrote. “With more and more shipping taking place by sea, over 1,000 shipping containers being lost at sea every year and ship fires being reported every second week, the current system is not fit to prevent accidents and environmental pollution on this scale.”

The cause of the accident has been pinned on inaction shown by several involved parties after container leaks were first spotted nine days prior to the fire.

When the vessel began to sink, the company also insisted there was no sign of pollution or debris, despite concerns that chemical-laden containers and fuel tanks could leak immediately.

According to the UN environmental advisory, the vessel was carrying 1,680 tonnes of plastic pellets. Although it is still not known exactly how much of it leaked out during the fire, it has been labelled the largest spill on record.

Due to the size of the pellets, many marine animals were drawn to ingest them, this can lead to a false sense of satiation, or it can block the animal’s gastrointestinal tract, leading to starvation.

In the aftermath, Sri Lanka called on the International Maritime Organization (IMO) to classify plastic pellets as hazardous substances, in consideration of the impact caused by the spills in the country.

In October 2021, 16 people had to be evacuated from the ZIM Kingston after a fire broke out in 10 containers.