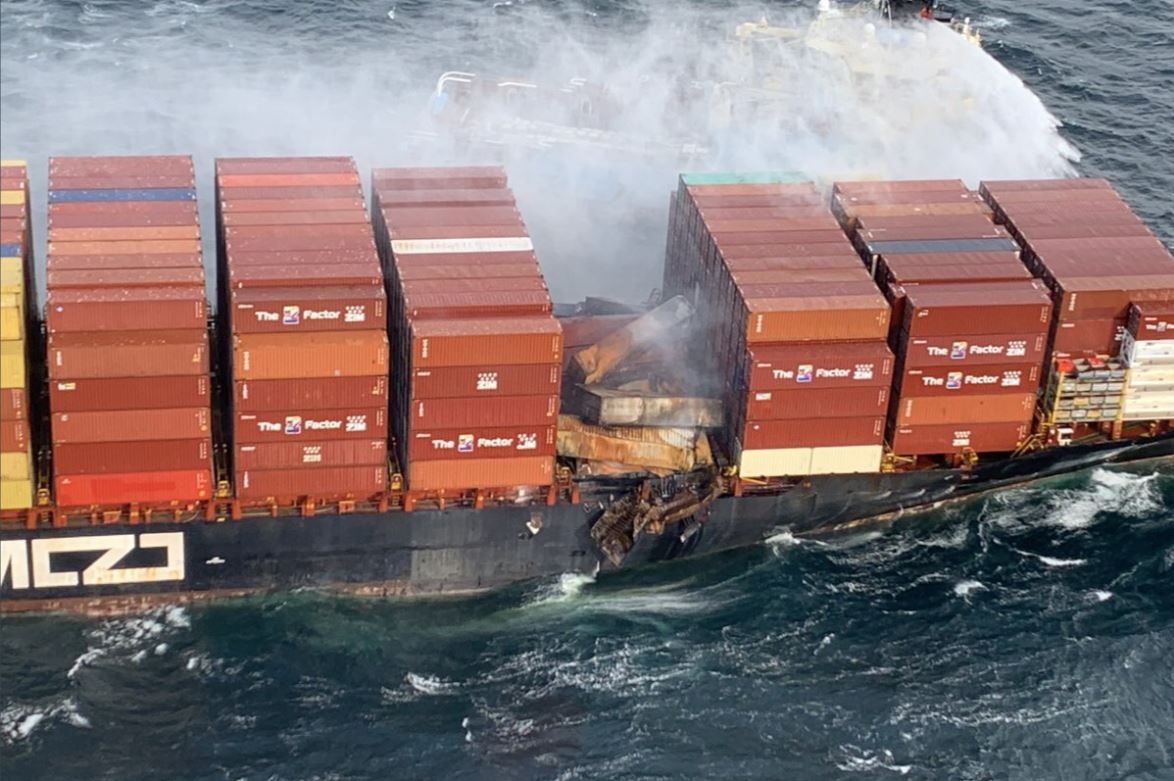 In a report from the Canadian Coast Guard on 24 October 2021, 16 people have been evacuated from the ZIM Kingston after a fire broke out in 10 containers.

The evacuation of the 4,253 TEU container vessel, owned by Danaos Shipping, took place near Victoria, British Columbia and active firefighting efforts are now underway as an Emergency Zone was initially set up for 1NM around the ship.

Overnight, the tug Seaspan Raven cooled the hull of the vessel with cold water. According to an update from the Canadian Coast Guard, “Due to the nature of the chemicals onboard the container ship, applying water directly to the fire is not an option.”

Chemicals that were on fire onboard are now smoldering but smoke coming from the vessel is currently being tracked from air quality monitoring stations around the Greater Victoria area and local health authorities are being provided with the results.

In a final update from the Coast Guard, the fire had been stabilised and emergency tow vessels and tugs will continue to monitor the ship overnight to ensure the remaining five crew members on board are safe.

Danaos Shipping Co. stated that two damaged containers on board the vessel caught fire on 23 October, following a collapse and loss overboard of several containers due to extreme weather.

“Late at night on Friday 22 October, at approx. 00:00 local time (10/23/21), the ZIM KINGSTON was in the Strait of Juan de Fuca awaiting to proceed to the port of Vancouver when extreme weather caused an excessive listing of the vessel resulting in the collapse of containers which were lost overboard.  The company immediately notified the local port authorities to put out a warning to vessels in the area,” Danaos wrote in a statement.

“The Master of the vessel ordered the evacuation of the crew with the assistance of the local coastguard, while he and other key personnel remained on board to oversee the fire extinguishing effort. No injuries were reported.”

This is the latest incident in container fires for 2021. The 2,700 TEU X-Press Pearl caught fire on 27 May 2021 off the coast of Sri Lanka, leading to significant environmental damage and financial loss for maritime businesses in the region.