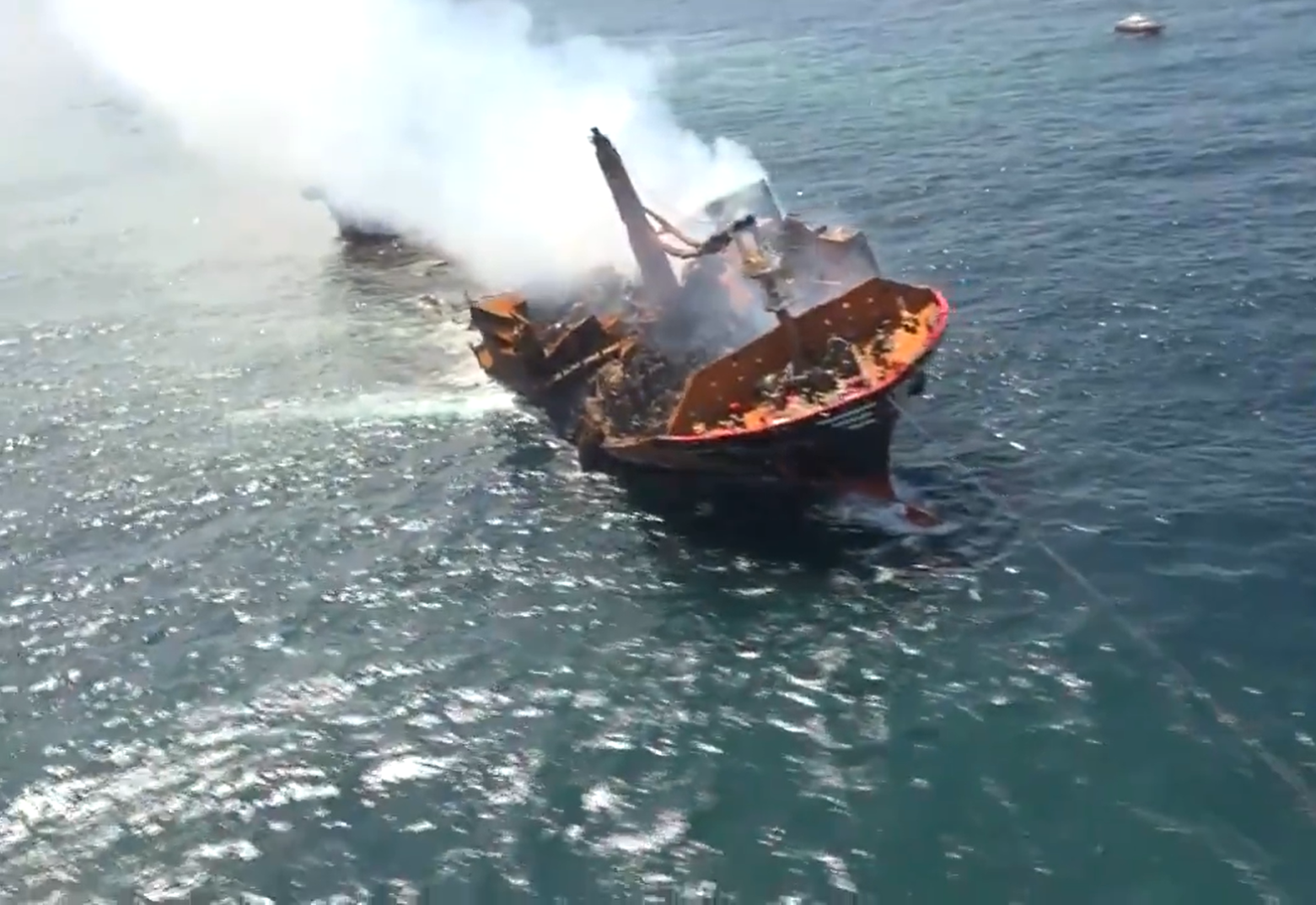 The owner of the X-Press Pearl has insisted there is currently no sign of pollution as the vessel starts to sink off the coast of Sri Lanka, despite concerns that chemical-laden containers and fuel tanks could leak imminently.

In a statement, X-Press Feeders said there is “no sign of debris” or reports of oil pollution as of 0700 Sri Lanka local time, despite some international reports to the contrary.

Additionally, the company said the vessel’s aft portion is sitting on the seabed at a depth of 21m and that the forward section continues to “settle down slowly”.

“Salvors remain on scene to deal with any possible debris supported by the Sri Lankan Navy and the Indian Coast Guard, who have oil spill response capabilities on standby,” it said.

In a previous update on 2 June, the company confirmed that a crew member airlifted from the vessel had tested positive for COVID-19 and was being treated in a secure facility in Sri Lanka.

A second crew member is also in hospital with leg injuries. It also conceded that most of the cargo on the vessel had been “incinerated”.

According to reports, the vessel began to sink on 2 June 2021 following a fire in its hold that began on 20 May, causing fears of an environmental disaster that could marine life and the livelihoods of local people.

The Sri Lankan fisheries ministry has launched emergency measures to protect the Negombo lagoon and surrounding areas and national fishing unions have warned that any leak could devastate the industry.

It is believed that the fire was caused by a leak of nitric acid from the one of the vessel’s containers, which itself was caused by insufficient packaging and storage.

Speaking to PTI on 18 May, Kris Kosmala, Strategic Advisor, BunkerMetric, said tighter regulation and investment in digital technologies would do little to prevent similar disasters from occurring in the future, and that there needs to be a review of how dangerous chemicals are stored on vessels.