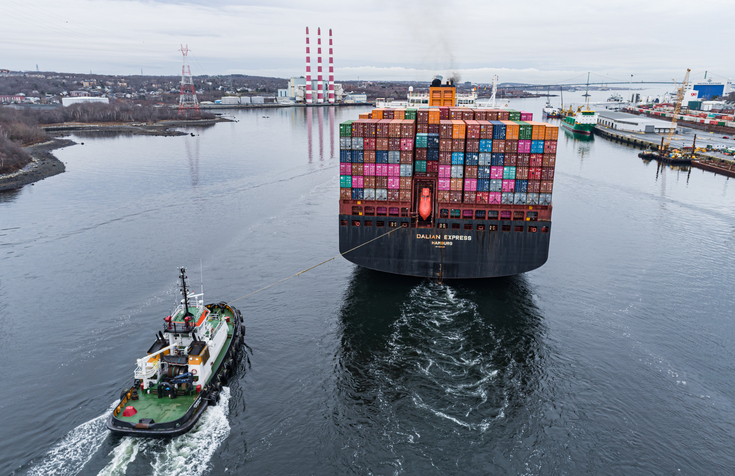 The bill, introduced on 10 August to the US House of Representatives, aims to address ongoing concerns on terminal congestion by reducing beneficial cargo owners’ (BCOs’) responsibility to collect cargo from marine terminals, amongst other legislative measures such as minimum service requirements for shipping lines.

On cargo collection, under current obligations cargo owners are granted a period of ‘free time’ for their container in a terminal before collection.

If the containers are not picked up within the agreed-upon timeframe, demurrage and detention charges are applied.

Under the new shipping act, demurrage and detention charges for BCOs and importers would be eliminated.

Signees of the letter argued that encouraging organisations to store containers in the terminal would further clog up ports and impact the ability to keep freight moving.

“Without these charges incentivising retailers and importers to pick up cargo, the supply chain would suffer additional setbacks from delays in inbound shipments and exports,” the letter wrote.

This is not the first open rejection of the bipartisan bill: on 12 August the World Shipping Council slammed the “flawed” bill as unfair regulation against shipping lines.

Some of the largest stakeholders in the US transportation industry have signed the letter, including APM Terminals (APMT), Global Container Terminals (GCT) USA, and associations including the World Shipping Council and the Pacific Maritime Association.

Congestion in ports and terminals is one of the largest talking points in industry currently. Terminals in the vital gateways of West Coast ports have been operating at a staggering 95% capacity in 2021, the letter wrote.

Increased e-commerce demand, in addition to tight inland capacity, warehousing storage facilities, and labour availability have all been highlighted by experts as prime drivers behind the soaring numbers of vessels waiting to access ports.

Local delivery dwell time for containers on the West Coast has doubled in the past year; the on-dock rail dwell times have quadrupled, now averaging 11 days, and the on-terminal container count has increased by 43% resulting in congestion and slower velocity, the stakeholders wrote.

Intriguingly, the increasing calls to extend working hours at congested terminals “has been discussed but is ill-advised,” the letter added.

“For a 24/7 operation model to be effective, other transport groups, including truckers and warehouse operators, would also need to commit to working those hours. Numerous sources cite the lack of available truck drivers needed to handle the current volumes of freight,” stakeholders wrote.

Ed DeNike, president of SSA Containers, commented, “The legislation announced by Congress is concerning and does not address the multifaceted nature of congestion as a complete supply chain issue.

“If enacted, the legislation would provide a temporary financial relief to importers and BCOs, but impose tariffs for ocean carriers, worsen operating conditions for marine terminal operators and other transportation stakeholders, and hinder the capacity to solve the true supply-demand problem at hand.”

The World Shipping Council echoed the view, arguing in a company statement, “What is crystal clear is that regulating only ocean carriers – or any other single class of supply chain provider – is doomed to fail.”