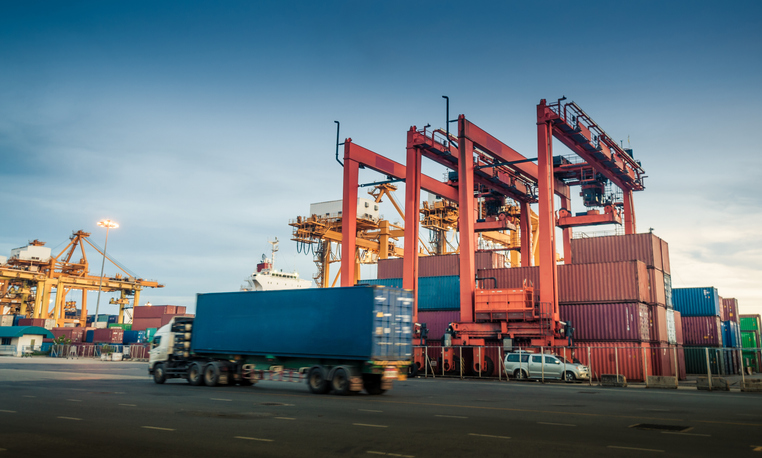 It is no secret that the maritime industry and the global supply chain have faced immense challenges in recent months, the chaos of the COVID-19 having been compounded by unforeseen crises that have tested the capacity of ports, ships and other vital infrastructure.

However, this week has heralded what appears to be substantial progress matters relating to two of the most recent crises, which could allow the industry to move forward.

On 23 June, the Suez Canal Authority (SCA) reached an agreement with the owners and insurers of the Ever Given, the 22,000 TEU vessel that ran aground in the waterway in March 2021 and caused six days of delay.

According to UK P&I, the vessel’s insurer, the parties agreed on a sum to compensate the SCA on lost earnings during the obstruction. Details of the deal have not been made public, but once the formalities are agreed, the Ever Given will be released from its current holding point in the Great Bitter Lake which forms part of the canal.

Additionally, the Port of Yantian, China’s biggest export gateway, is once again fully open and operational after local government officials lifted restrictions that caused a shortage of labour.

Its terminal operator, Hutchison Ports Yantian, said that the COVID-19 outbreak that led to the restrictions had been brought under control and that as of 24 June the Port could resume full operations.

The congestion caused by the port operating at around 30% of its usual capacity demonstrates the fragility of the supply chain and how congestion at one port can have a devastating effect across the world.

Similar troubles were felt on a smaller scale at the Port of Liverpool this week, when an IT failure caused backlog in the container yard and delay in the hinterland areas.

Speaking to PTI, Peel Ports said the situation had pushed it to upgrade its digital systems, increase its workforce and launch 24/7 operations.

Digitalisation is an answer to many of the maritime industry’s challenges but can also pose some of its own.  Many of these challenges have been examined at the International Port and Harbor’s (IAPH) World Ports Conference, where it was noted that there is still a need to build vital digital infrastructure.

David Foo, Assistant Chief Executive, Maritime and Port Authority of Singapore (MPA) said stakeholders should first aim to build “an infrastructure that benefits the supply chain ecosystem” as this will facilitate data sharing and improve process flows, as well as enable all business to collaborate.

This is particularly true of inland terminals and smaller ports, which experts have in the past said are being left out as the major seaports strive forward with digital upgrades.

Foo said that agreeing on standards will make it easier for smaller ports and inland areas to digitalise their operations. “The infrastructure will already be there, and with collaboration we can lift up all ports when they are digitally ready.”

A port cannot digitalise without correctly processing and using data, and a supply chain that has no means to share it will always struggle for efficiency.

This emphasis on data makes cyber-security all the more important, as was pointed out by Masaharu Shinohara, Executive Officer at the Kobe-Osaka International Port Corporation, during the conference.

“[The] cybersecurity issue is the most important element in the data sharing. We endeavour to make the system as secure as possible,” Shinohara explained.

Shinohara went on to recommend that ports and terminals can secure its systems against hackers and intruders through certified penetration tests, or the embrace of emerging technologies such as blockchain.