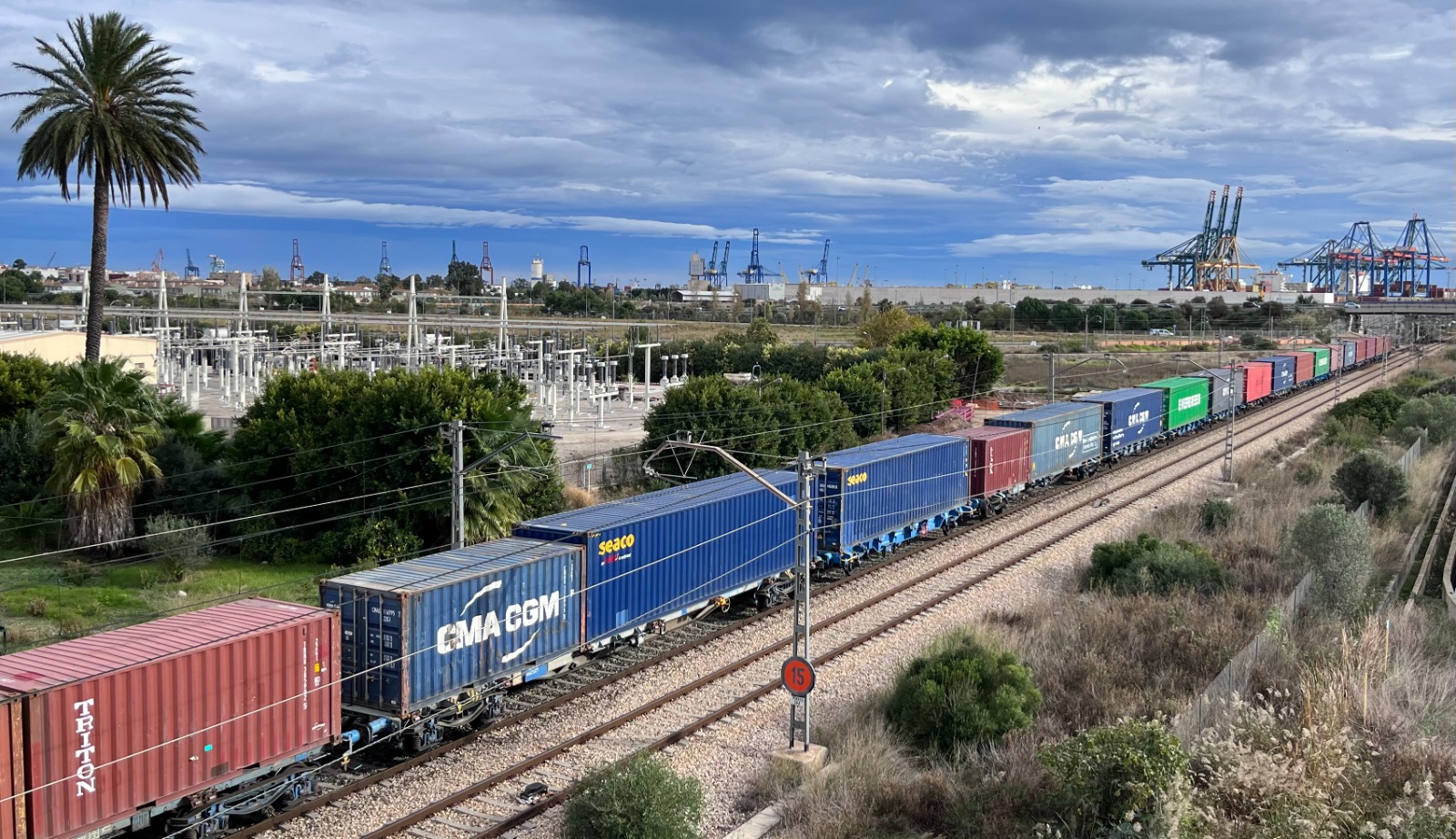 Container traffic by train in the Port of Valencia has grown by more than 10 per cent in the first 11 months of 2022.

According to data from the Statistical Bulletin of the Port Authority of Valencia (PAV), the port has moved a total of 216,965 TEU by rail up to November, while the total amount of goods transported by train came at 2,851,377 – an increase of 5.1 per cent.

The figure suggests 4,200 trains have passed through the Port of Valencia, which is reflected in a weekly average of more than 87 units compared to 77 trains per week in 2021.

The PAV said its objective for the coming years is to continue to increase the use of trains in freight traffic arriving and departing from Valenciaport.

The authority is planning investments of around €240 million ($254.7 million) to promote accessibility and improve Valenciaport’s rail network.

These actions are aimed at the remodelling of the railway network in the Port of Valencia, the electrification of tracks, the adaptation of the network to the European gauge, the railway access to the Port of Sagunto or the improvement of the Valencia-Teruel-Zaragoza line, among others.

PAV is eyeing key infrastructures such as the Cantabrian-Mediterranean Corridor to bring the markets of Navarre, La Rioja and the Basque Country closer to the Port of Valencia.

The Port of Valencia will begin hydrogen loading tests this January from its Hydrogen Generator located on the Xità quay.

This procedure, which is being carried out for the first time, will be supervised by technicians from Valeciaport, the National Hydrogen Centre, and the company Carburos Metálicos.