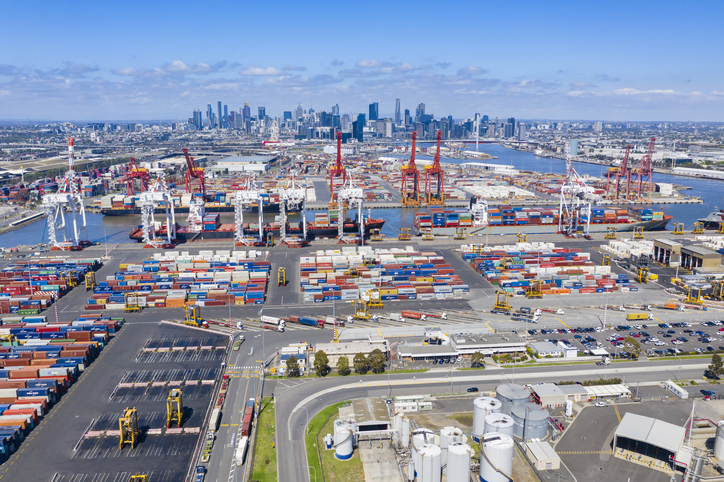 The Port of Melbourne has unveiled a $12.2 million (AUS$16 million) plan to improve rail connectivity, including a new track to and from the Austrak freight hub.

Deputy Prime Minister and Minister for Infrastructure, Transport and Regional Development Michael McCormack, said, “As the next step in Melbourne’s Port Rail Shuttle Network, the new dual-gauge track will reduce truck trips on suburban Melbourne roads by as much as 20,000 annually.

“The new track will deliver a direct rail route from the Somerton terminal to the docks, via the Port of Melbourne’s $125 million on-dock rail project.

“This builds on our announcement in August of a further joint investment for a $28 million link between the main rail line and Dandenong South-based Salta Properties.

“It is another example of our Government’s $110 billion nationwide infrastructure plan investing in freight rail to support our economic recovery from the pandemic.”

Victorian Minister for Ports and Freight Melissa Horne said the link improves efficiency for major freight customers at the Somerton terminal and boosts conditions for motorists, too.

“This is a massive win for both motorists and industry, as we continue to reduce congestion and make it easier and cheaper for businesses to use rail freight,” Ms Horne said.

“Putting containers on rail will reduce truck movements around the port gate and cut the cost of the last mile, which disproportionately impacts rail freight customers.”

“We are backing this vital freight connection to unlock private sector investment and economic growth into the long-term.”

As well as the new dual-gauge track, the Austrak project will see existing tracks realigned and upgrades to rail infrastructure.

Austrak has also committed to handling tens of thousands of Twenty Foot Equivalent shipping containers per annum within five years.

The upgrade is part of the Victorian Government’s work to continue support the Port of Melbourne.

Victorian Member for Broadmeadows Frank McGuire said the new rail connection would be welcomed by the local community.

“Construction and ongoing operation of the new terminal will create hundreds of jobs in the Northern suburbs,” Mr McGuire said.

“It will build on the strengths of this area as one of the best manufacturing hubs in Victoria.”

The project is expected to be completed and operational by mid-2022.