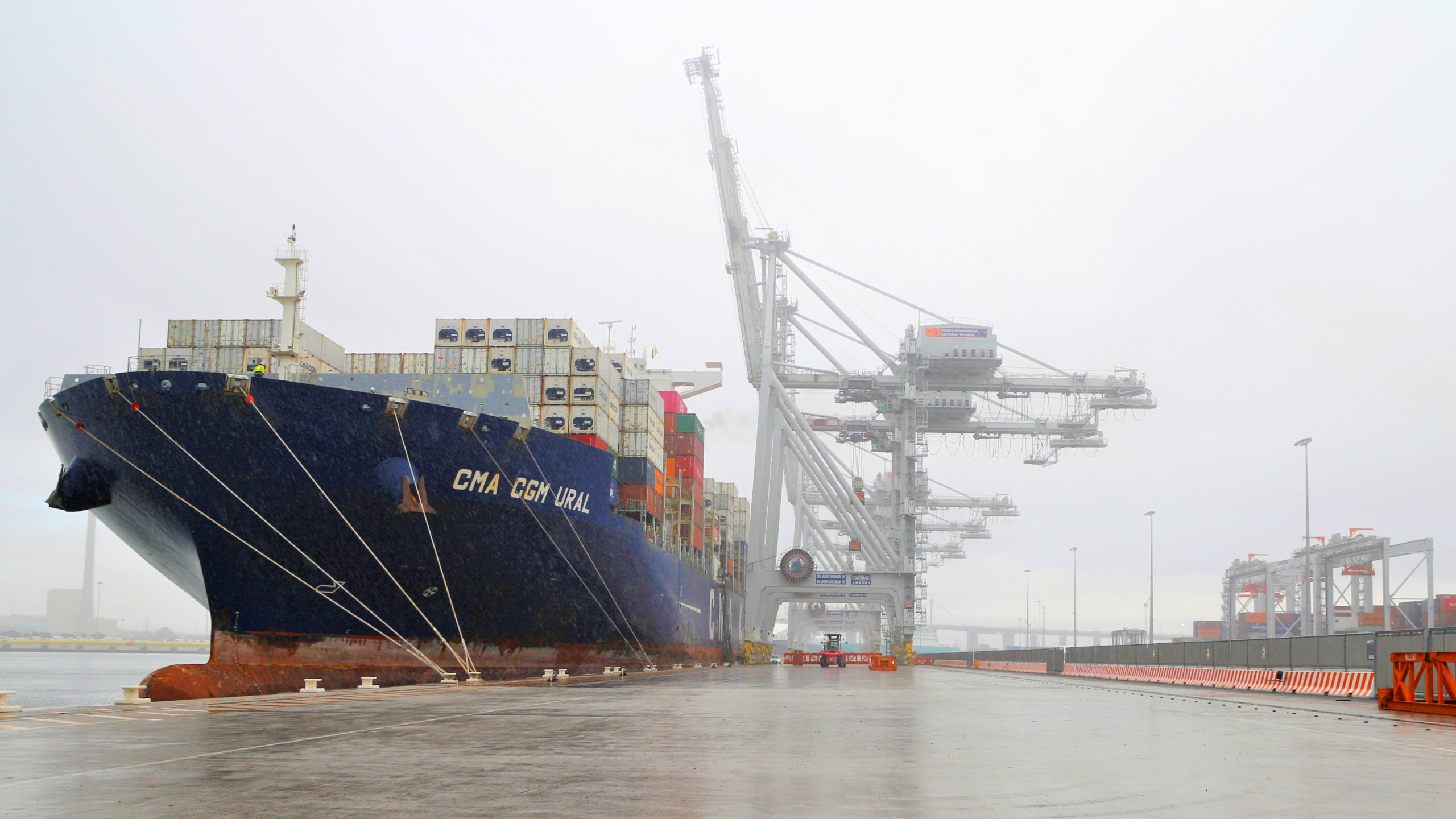 The Port of Melbourne (PoM) has welcomed the CMA CGM Ural, the largest container ship by maximum capacity to call at the port.

The 299m-long vessel is one of six currently deployed on the South-East Asia – Australia trade route called the ‘AAX1’.

It commenced its 42-day round-trip in Malaysia, calling at Singapore. It then made its way around Australia’s south-west coast and arrived into Melbourne’s Webb Dock for handling by terminal operator Victoria International Container Terminal (VICT).

The vessel can carry up to 10,662 TEU1, with containers stacked up to 12 high on-deck. Compared to the 4,500 TEU carried by the average container ship currently calling at PoM, this is a significant increase in load carrying capacity, the Port said in an announcement.

The CMA CGM Ural will spend 44 hours in Melbourne before departing for Sydney and Brisbane.

Brendan Bourke, CEO Port of Melbourne, said the arrival of CMA CGM Ural is an indicator of the durability of Australia-Asia trade, despite the challenges presented by COVID-19 and recent natural disasters. It demonstrates the port’s ability to accommodate the next generation of global container vessels.

“The arrival of CMA CGM Ural shows Port of Melbourne’s capacity to service the growing number of bigger vessels we’ll see into the future. PoM’s operations have undergone significant change over the years including automation, changes to supply chains, and to the infrastructure that supports them.

“We’re always looking at ways to leverage the significant capability of our operations. We’ve developed a 30-year strategy that addresses PoM’s critical role as part of an interconnected network of physical infrastructure, commercial systems and land-uses,” he said.

Anthony Orgill, General Manager Asia ANZ Lines, ANL, said the arrival of the vessel was significant for the shipping industry.

“By implementing larger container ships into our services, we can support clients operating between Australia, South East Asia and beyond. Today’s occasion marks a fantastic milestone as a business and as an industry, highlighting our ongoing evolution to accommodate increasing demand, population growth and productivity,” he said.

Tim Vancampen, CEO, VICT, stressed the arrival of CMA CGM Ural highlights the growth of the shipping industry and brings further economies of scale to the Victorian market and supply chain.

“We will ensure that Port of Melbourne will continue to fulfil its role as the main gateway to Victoria, and consolidate and expand its position in the global shipping network.”