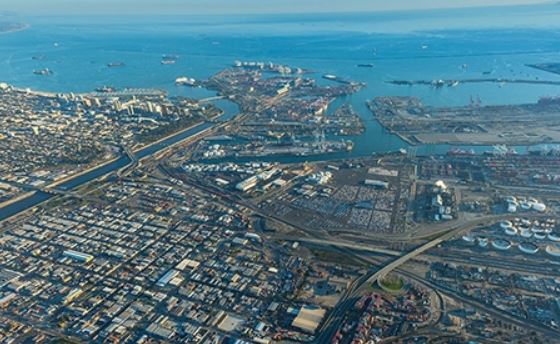 The Port of Long Beach has received a $52.3 million grant to fund the development of its Pier B On-Dock Rail Support Facility.

The grant was awarded by the US Department of Transportation’s Maritime Administration (MARAD) and will enable the port to move even more cargo by train, improving efficiency and reducing environmental impacts.

The proposed facility is a major project in the port’s $1 billion rail capital improvement program which aims to utilise moving more cargo by on-dock rail as it is cleaner, more efficient and reduces truck traffic.

No cargo trucks will visit the facility. Instead, smaller train segments will be brought to the facility and joined together into a full-sized train.

“This is great news to hear at the end of what will be our busiest year ever,” said Mario Cordero, Executive Director of the Port of Long Beach.

“We appreciate the US Department of Transportation’s support for this important project. It will help to move cargo more efficiently through the port, getting needed products and goods to homes and businesses across America faster.”

Steven Neal, President for the Port of Long Beach Harbor Commission, added “Our federal partners have recognised the need to modernise the port and support our push toward 24/7 operations. These investments have benefits from coast to coast since cargo from the Port of Long Beach reaches every congressional district.”

Construction of the Pier B On-Dock Rail Support Facility is set to begin in 2023, with the first arrival, departure and storage tracks expected to be completed in 2025. Additionally, tracks are also set to come online in 2030. The project as a whole should be completed by 2032.

Earlier this week, the Port of Long Beach, alongside the Port of Los Angeles, postponed consideration of the ‘Container Dwell Fee’ yet again, until 27 December.

The fee, which aims to charge ocean carriers for long dwelling cargo, has been delayed a total of six times now due to the twin ports reporting a combined decline of 46% in ageing cargo, clearly demonstrating the incentive is working in helping reduce congestion.

On 8 February 2022, PTI will be holding its Intermodal Freight Forum Europe delving into the pressing challenges and trends in intermodal freight transport. The event is set to bring together senior decision-makers from the intermodal transport network, addressing a wide range of issues from data standardisation to the lack of capacity in ports and rail.