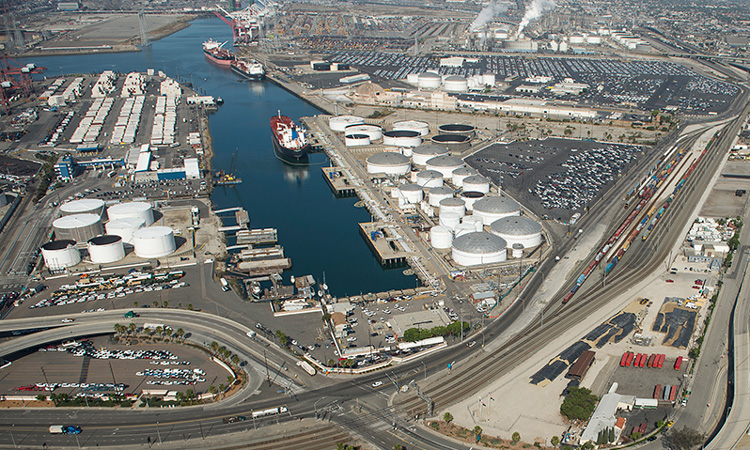 The Port of Long Beach envisions moving half of all of its cargo by rail in the long-term future, following the announcement of $1 billion in on-dock rail investment for the next 10 years.

The port, which approved its 2022 budget on 25 May, forecasts the significant rail investment to hasten the transfer of containers as the port continues to deal with record volumes.

The rail facility will assist in storage, staging and repair infrastructure of trains, allowing Long Beach container terminals to load and unload trains up to 10,000ft long.

“We’re 10 years away to complete the Pier B project right now. We’re in the design phase,” explained Mario Cordero, Executive Director at the Port of Long Beach, in an interview with PTI.

Cordero continued that the port will break ground on that project either in a latter part of 2022 or early 2023.

Additionally, amongst other rail improvements, the port will circle three other key rail projects: the Terminal Island Wye Track Realignment, a $40 million project to streamline rail moves between Terminal Island and the Alameda Corridor due to begin in 2021; a $25 million project on the Fourth Track at Ocean Boulevard, due to begin next year; and a second mainline track from Pier G to Pier J that will run the port some $35 million in financing.

Cordero told PTI the Port of Long Beach and Los Angeles in San Pedro Bay will move more than 18 million TEU over 2021.

“The good news is we’ve had a lot of volume because of the consumer demand that we’ve had,” he said.

“The challenge for us is to make sure that we continue to be competitive and be able to move containers in a efficient and reliable and predictable manner. And hence the big answer for me is rail.”

Currently, the port transports cargoes through the facility by rail at a rate between 26% and 27%, Cordero explained.

The $1.7 billion forecasted investment will take the port to around 36% and 38% – however Cordero said the vision is to move containers by rail at the rate of 50%.

“Admittedly, that’s a long-term vision, but that’s the priority at this point and that’s the vision. The West Coast of the United States, particularly Southern California, has the best rail infrastructure in the country,” Cordero argued.

“However, as the port, we need to make sure that we fortify the inner-harbour rail movement, and of course the intermodal inland connectivity.”

Globally, attention to inland rail and intermodal investment is surging.

Ports and shipping stakeholders including the Mediterranean Corridor and players like the Port of Melbourne and the Port of Antwerp are investing in inland intermodal solutions to shorten supply chains and reduce trucks on the road.

In June 2021, the Port of Long beach and Utah Inland Port Authority signed a deal to develop greener strategies – including rail intermodal – effectively and efficiently across the US.

Cordero said the port is “in discussions” with groups to strategise inland port connectivity.

“Whether it’s with the Central Valley in the State of California, or if you go east of the port, [areas like] San Bernardino County,” he outlined.

Cordero even mulled the possibility of intermodal connectivity out of state in areas such as Nevada and Arizona.

“Those are discussions in terms of how we further the inland port connectivity. It’s another major component in terms of the vision of not only furthering inner-harbour rail on-dock systems, but also the inland port vision that the Southern California gateway needs to have,” he said.