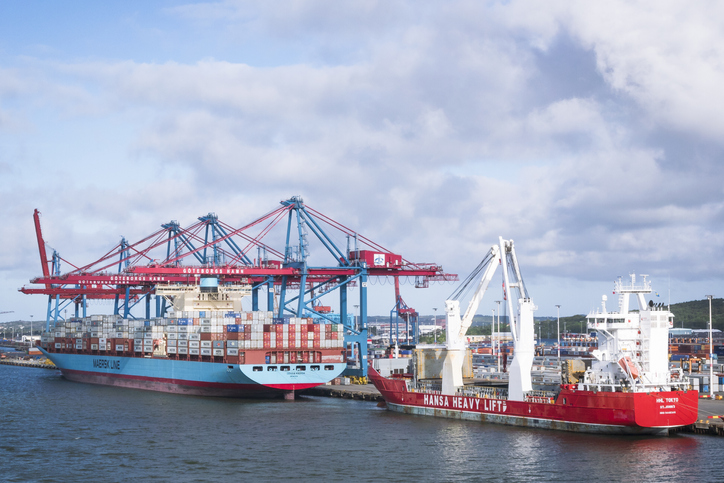 The Port of Gothenburg has gone live with the new Port Optimizer Track & Trace App, making it easier for freight owners, rail, and terminal operators to track their freight in real-time.

The new app was developed by Wabtec and allows users to follow their freight and see which vessel carried the cargo, when it was loaded and when it left the terminal for the onward journey by rail. Linking in sensors along the rail tracks, regular updates on the location of the freight can ensure secure, traceable movements with a clearly stated time of arrival.

“At the moment, our customers devote a great deal of time to searching through a whole host of sources to determine where their freight is at any given time, while still facing challenges confirming the accuracy,” said Joseph Sandwing, Head of Digital Business Transformation for the Port Authority of Gothenburg.

“We have hundreds of different players in the network that need to communicate with each other, resulting in an inordinate number of phone calls and emails, generating stress and uncertainty, and taking up a great deal of time unnecessarily. This is something we are aiming to change with the aid of Port Optimizer Track & Trace.”

Nalin Jain, President of Digital Electronics at the Wabtec Corporation, added “We are thrilled to be part of the Port of Gothenburg’s digitalisation journey, setting new standards for cargo traceability.

GDL Sjöcontainer AB in Sweden has been a major logistical player that has been involved with the project for months, helping to connect all parties through the app while also testing and validating the platform. It has been using Port Optimizer for several weeks now.

“We are pleased to be among the first to use this service,” said Markus Ekwall, Department Head of Intermodal at GDL Sjöcontainer AB. “Instant access to information from several different sources is something we have sought for quite some time and the ease of use is an added bonus for us, our customers and the cargo receivers.”

Previously, the Port of Gothenburg has also gone live with a new berth planner tool which allows the port to quickly and effectively identify berths that are vacant and then act on that information. Announced in September 2021, this has made the call system considerably easier and offers a unique overview.