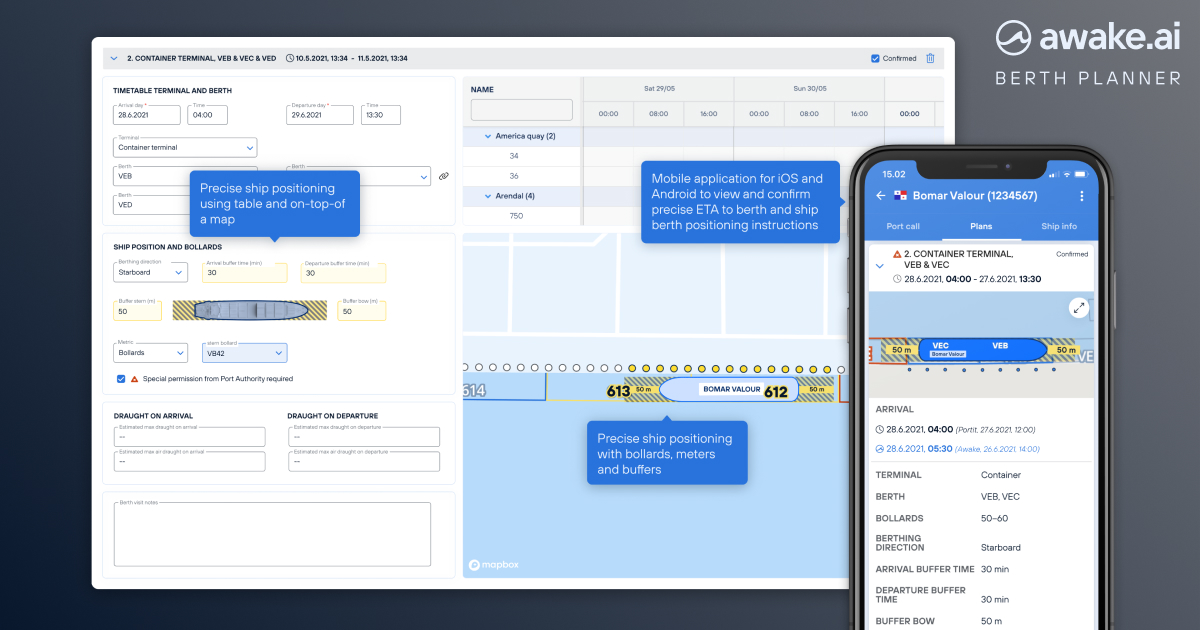 The launch of the new digital Berth Planner tool, Allberth, is underway at the largest port in Scandinavia.

The first to use this new smart service is Port Control – which receives all calls at the Port of Gothenburg – and the safety and security coordinators at the Energy Terminal. External users will gradually join the system.

“Allberth is long-awaited and much sought after. With Allberth we now have a berth planning tool that can make calls smarter, safer, and considerably more efficient for all concerned. And reduced emissions from the vessels are an obvious benefit in climate terms,” said Fredrik Rauer, traffic coordinator and project leader for Berth Planner at the Gothenburg Port Authority.

One of the most striking advances to emerge from Allberth is the ability to quickly and effectively identify berths that are vacant and then act on that information, explained Awake.ai, which has collaborated with the Port on the tool.

This has made the call system considerably easier and offers a unique overview. Not only can those involved improve their resource planning, but the reduction in waiting times ultimately also leads to lower emissions.

“We can now use the same tool to examine the safety parameters to determine whether a ship can moor at a specific berth, to position the ship, and to plan the time. We can also show external parties the calls that have been coordinated with the terminal and the calls for which we only have an approved vessel notification.

“Without this status distinction, it will appear as if we have two or three moored vessels overlapping and an outsider would logically put this down to scheduling problems. With Allberth we can give mooring personnel, the ship’s agent, and the terminal the opportunity to act immediately on the information that we visualise in the application,” said Fredrik Rauer.

Allberth offers two-way integration – for in-house use by berth planning personnel at the Port of Gothenburg and for external use by the various parties involved in calls. Traffic coordinators at Port Control, safety and security coordinators at the Energy Terminal, and the port’s production planners now have a schematic overview at their disposal.

Prompt and accurate information to key players is fundamental in an efficient call system. This is where the second part of Allberth comes into play. Allberth provides rapid status information to external parties, including the pilots, personnel at the mooring company, and the ship’s agent, all of whom have a key role to play. The system ensures greater accuracy and predictability, making it more time-efficient, cost-effective, and environmentally smart.

Allberth is the result of collaboration between the Finnish company Awake.AI, which is responsible for developing the service, and the Gothenburg Port Authority.

It will be the first step in the task of increasing transparency and visualization of the call system. It will also be a vital element in the ongoing digitalization of the port as a freight hub and a key area for the Port of Gothenburg as it continues its journey into a digitalised world.

Allberth and further digitalisation of the call system will contribute to improving the efficiency of the system as a result of enhanced resource utilisation and a more transparent flow of information – factors that can help save time and reduce bunkering emissions.