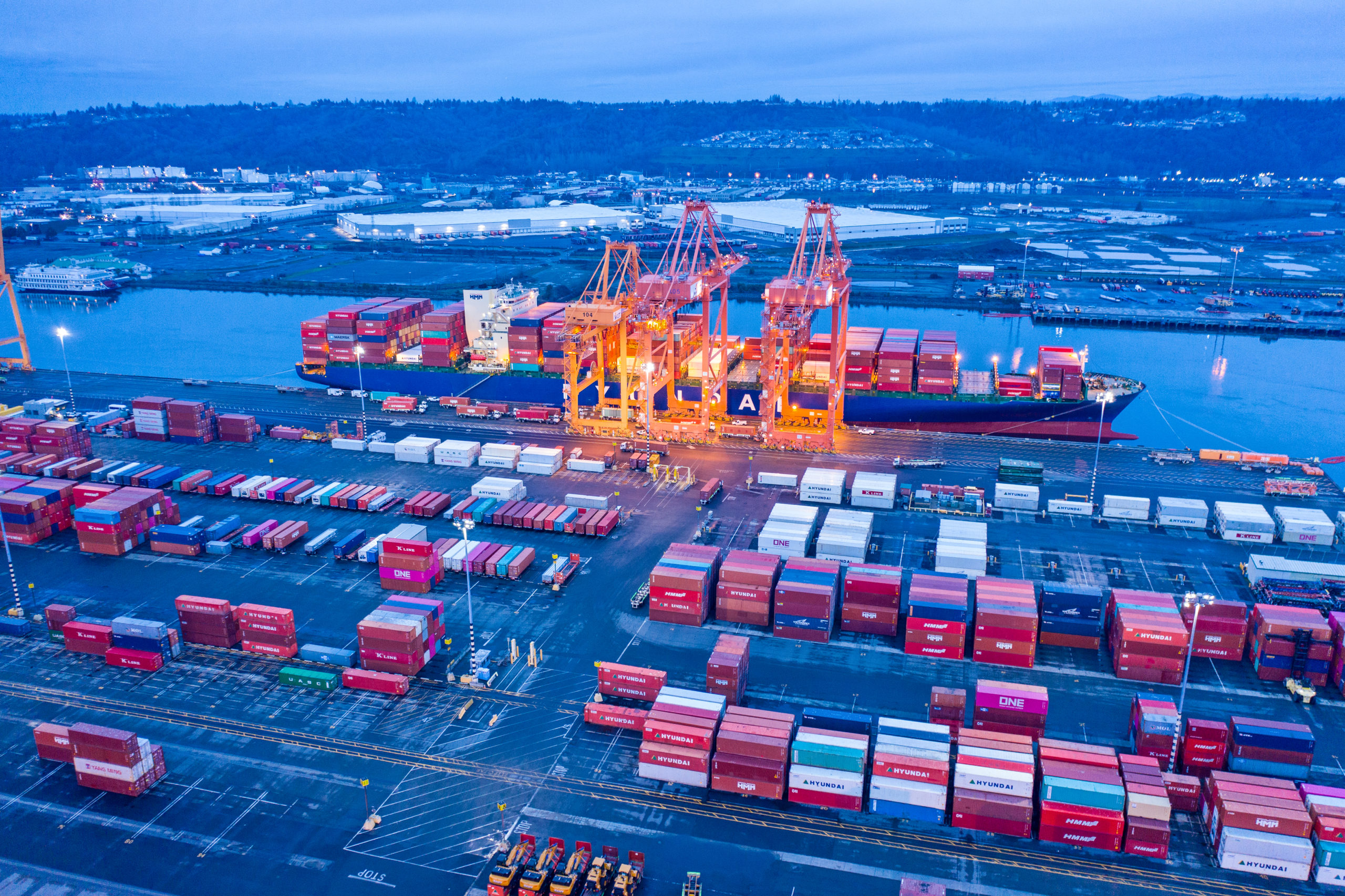 The low or zero-emission power supply of the ports of the Pacific Northwest will mean the ports will be ideally placed for future investments in electricity.

Electrified zero-emission yard equipment (such as electric rubber-tyred gantry (RTG) cranes launched at the Port of Long Beach in March) will become more common in the future as ports seek to reduce carbon consumption.

But ports and terminal operators understand that it will be imperative green electricity – electricity produced by renewable fuel sources such as hydrogen or biofuels – is drawn by ports to facilitate electrical equipment, vehicle charging, or onshore power.

The Northwest Seaport Alliance (NWSA), an alliance of the ports of Seattle and Tacoma, recently announced its updated Clean Air Strategy, which will also include the Port of Vancouver.

The strategy, aiming to eliminate carbon emissions by 2050, will cover six sectors of port activity, including considering future investments in zero-emission cargo-handling equipment and trucks using the port’s facilities.

In an interview with PTI, Steve Nicholas, Senior Manager, Air Quality and Sustainable Practices at NWSA, said the NWSA has already made progress in the cargo handling space.

In the future, Nicholas said the ports in the Northwest are geographically well-placed to invest in electric in the future because its electricity providers are low or no-emissions.

“One of the positive distinctions that we have is that we have extremely clean electricity, both through Seattle City Light and Tacoma Power,” Nicholas said.

In 2005, Seattle City Light became the first public utility in the United States to fully offset its carbon emissions. Nicholas added that Tacoma Power is 97% carbon-free, largely due to its hydroelectric systems.

“We are a catbird seat there in terms of when we can electrify,” explained Nicholas. “That’s why we have a really big push on shoreside power and cargo-handling equipment, starting with some of the lighter pieces of equipment such forklifts and yard tractors.”

For heavy duty trucks using the yard, the NWSA is targeting infrastructure to accommodate battery-electric trucks and hydrogen-powered trucks in the future.

“As we move to electrify more of our Seaport, what are going to be the demands on electricity supply, on the grid, what kind of infrastructure, where does Electric Vehicle (EV) charging infrastructure need to be: [we’re answering] all of those kinds of questions,” Nicholas added.

By the end of 2022, the Ports of Seattle and Tacoma will have a detailed roadmap of electrification in both harbours of its future electricity needs.

The Northwest Ports will each release port-specific plans to implement the Clean Air Strategy vision and objectives across their operations, continuing to report annually on the progress.