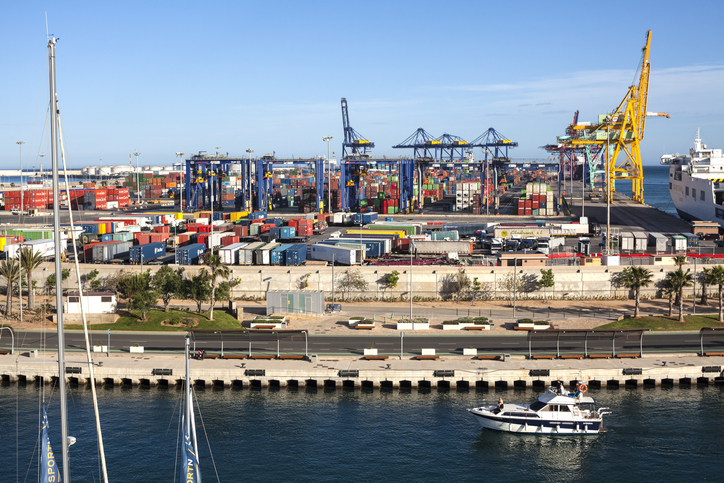 Dedicated to meeting the aims of its ‘Valencia 2030, Zero Emissions’ initiative, Valenciaport has outlined its prediction for what its port will look like in the near future.

Valenciaport and its dedicated terminals have a huge commitment to the environment, pushing them to seek the best methods to decarbonise port operations.

Demonstrated in its ‘Valencia 2030, Zero Emissions’ initiative and the H2Ports project, in line with European policies, the port aims to be carbon neutral by 2030 and promote a new effective zero-emission operating model.

PTI recently sat down with Josep Sanz-Argent, Project Manager of the H2Ports Project and Member of the Innovation and Port Cluster Development Team of Fundación Valenciaport to talk about how Valenciaport is looking to achieve these aims.

There are two main aims that Valenciaport shares with all its operating terminals: a dedication to both efficient operations, as well as a commitment to the environment and to minimise their impact on the surroundings.

“The port authority can stimulate and promote and facilitate the final users to adopt less polluting technologies – but in the end, it is the terminals who decide which technology, and because they do the investment and machines or vessels are property of the company,” he said.

Mediterranean Shipping Company (MSC) has electrified its own Rubber-Tyred Gantry (RTG) cranes under its own initiative, Sanz-Argent explained – but the port itself will need to make provisions on future energy demand on the electrical grid for continued electrification of equipment.

Sanz-Argent added, “It’s up to [terminals] with the knowledge to decide on sustainability, [and it is] the same for driving companies. But the role of the port authority, in this case, is to facilitate the adoption of more sustainable technologies.”

One element that Valenciaport is certain will be in the port of 2030 and which will help decarbonise port operations is Onshore Power Supply (OPS). The electrical grid is already being updated to deliver more power as “a decarbonised port will require a lot of electricity,” Sanz-Argent commented.

Additionally, a new terminal is currently being planned at the port that is set to be 96% electrified.

Hydrogen is another component that the port predicts to become a large part of making operations greener. This follows on from the announcement that it is to install a hydrogen supply station which will be used to refuel port vehicles and machinery, work will begin on this plant in January 2022.

“The Port of Valencia has a long history in decarbonisation and using alternative fuels, and the port has an aim to become carbon neutral by 2030, so we are trying to identify the best pathway to reach that goal. Hydrogen is a very interesting technology for some applications at the port,” said Sanz-Argent.

While the port is confident that the use of hydrogen technologies will be a key use of the port of the future, it emphasises that the technology needs to be tested first to ensure it is the right method to utilise.

This is demonstrated in the testing of the pilots of H2Ports that include a hydrogen supply station that will fuel, both, a prototype reachstacker at the MSC Terminal and Valencia, and a 4×4 tractor unit at Grimaldi Group’s Valencia Terminal Europa, these tests were also brought about by interest from both terminals.

The hydrogen reachstacker, modelled from a Hyster toploader in use at the Port of Los Angeles, for example, will provide the port with learnings on sustainable operations for the future.

Ultimately, while the port has aims to become more sustainable through new technologies and energy sources, it will not be possible to remove all emissions directly. Therefore, the ports aim will change to then compensate for the emissions still being produced.

There is no clear way to know exactly what methods will be utilised in the future. However, Sanz-Argent is adamant that all technologies are still on the table, specifically citing interest in electrification and carbon-neutral fuels as well.

“It is difficult to clearly identify what will be the best option in the future, we know for sure that OPS will be, and we believe that hydrogen technology will be, but first we have to test it.”