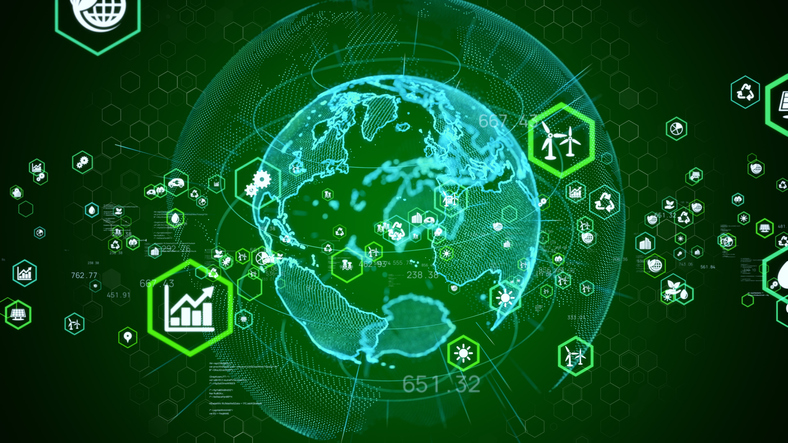 FEPORT,a representative organisation of over 400 terminals in the seaports of the European Union (EU),is wholly committed to buckling down on carbon emissions to meet the EU’s goal of climate neutrality by 2050.

However, the organisation is taking a wait-and-see approach to some elements of decarbonising operations, according to Lamia Kerdjoudj-Belkaid, General Secretary of FEPORT.

“Climate change is an emergency. The big challenge in the coming years will be to give the resources to ports in order to deploy the infrastructure that will allow a greening of shipping. But we also need a big commitment from the shipping industry,” she told PTI.

Lamia Kerdjoudj-Belkaid will be speaking at Port Technology’s GreenTech for Ports & Terminals on 22 and 23 September 2021. Register now!

The European Commission announced its ‘Fit for 55’ package on 14 July 2021, containing proposals to deliver the EU’s commitment to reduce greenhouse gas emissions by at least 55% by 2030.

This includes the introduction of the Alternative Fuels Infrastructure Regulation (AFIR), which seeks to regulate and incentivise alternative fuel infrastructure investment from terminals.

However, while this does impact ports, Kerdjoudj-Belkaid argued that 80% of emissions in ports come from ships themselves; meaning FEPORT members demand visibility and consistency on return on investment before facilitating for alternative fuels like Liquefied Natural Gas (LNG), biofuel, ammonia, and methanol.

“If we think about the regulatory framework, I can summarise what we need in two words: visibility and consistency,” Kerdjoudj-Belkaid said.

“On visibility, we still don’t know how all this is going to be orchestrated by the different players regarding the deployment, the use, and the uptake of alternative fuels.

“[On consistency], it means that that if we want to incentivise the uptake of alternative fuels, for instance, then we need to have a taxation policy that also goes in the same direction.

“If our ports decide to offer commercial services with respect to the bunkering alternatives, then need some visibility on return on investment.”

European ports have made significant commitments to shore power in 2021: Antwerp, Hamburg, Rotterdam, and Amsterdam have all committed to shoreside power.

But for now, cruise and ferry ports are the main focus for this green effort.

Many in industry have questioned the business case of shore power investment in cargo terminals which emphasises fast ship turnaround time with vessels spending less time berthed at port.

Kerdjoudj-Belkaid commented, “If you ask the container terminals, they will tell you: ‘we need the business case ’. It will all depend on the types of ships that we have.

“It’s obvious that for some types of ships, they will be the first ones, but it all depends… on what type of ships will arrive into the market.”

In July 2021, ZIM Integrated Shipping Services (ZIM) invested some $1.5 billion on a new fleet of LNG vessels – making bunkering investments for ports more feasible as ports know in the long-term that LNG facilities will be required.

“When you see the number of orders with respect to LNG, we can bet without any kind of risk that there will be a need for deployment of LNG infrastructure in ports. But whether [shore power] infrastructure will offer a good return on investment for the ports is something that is very tricky,” Kerdjoudj-Belkaid argued.

Terminals across the EU are working on optimising cargo handling equipment, trucking and ship turnaround times, and improving logistics transparency to drive down emissions, Kerdjoudj-Belkaid said.

“When it comes to digitalisation, [we are at] full speed,” Kerdjoudj-Belkaid explained.

This improvement of communication for hinterland logistics is part of an industry-wide refocus,  Kerdjoudj-Belkaid said.

“Digitalisation started on the sea side, and now it is incorporated with the next mode of transport – meaning that before the arrival of the ship, they already know where the container is, allowing us to avoid stacking mishandling.

“If [ports] have good communication with the shipping side and with the other stakeholders that are downstream the chain, like the inland waterways, the truck, or the train shuttle – this is going to optimise [our carbon footprint] in a considerable way,” she noted.