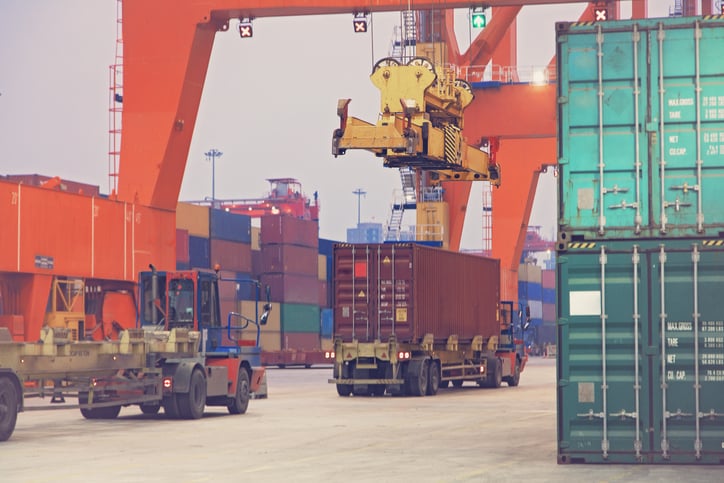 There is still much to be done to build digitally connected port ecosystems despite the COVID-19 pandemic creating a unique opportunity to leverage and fill digital voids in the supply chains.

The ensuing chaos from the pandemic has encouraged investment from governments and cooperation between regions, although countries remain of different paths depending on their infrastructure and willing to spend.

Wittemeier insisted said there is a “much better understanding” of how optimisation can make operations more efficient than there was a decade ago.

To that end, there has been a “paradigm shift” in how terminals operate, as it has become easier to forecast short-term traffic but much harder to know how much cargo will arrive weeks or months in advance.

This need for visibility has led to a “good appetite” for digital solutions and the emergence of more start-ups to meet demand, according to Wittemeier, who “envisions a healthy pipeline for the near future”.

The surge in volume combined with broader industry trends, such as the deployment of larger mega-ships, and this had made ports increase the size of container handling equipment fleets.

However, Wittemeier said hubs should instead focus on optimisation and not physical assets, which allows for better efficiency across a port’s operations.

Greater collaboration regionally but differing approaches across the world

Yesim Elhan-Kayalar, Advisor – Office of the Chief Economist, Asian Development Bank, said the increase of e-commerce has changed digitalisation from a “nice to have to a need to have” and that governments have been forced to react.

“COVID-19 was a huge disruptor, but it has forced authorities to view ports as critical gateways and they are much more likely to invest in digital technologies than they were two years ago.”

The accessibility of mobile technology and e-commerce platforms have allowed consumer demand to increase at a near unprecedented level. Consequently, there has been ever greater pressure on supply chains and congestion at ports.

Elhan-Kayakar said a result has been more regional collaboration, particularly in Southeast Asia, and a “confluence of interests” that could help economic growth.

“When you bring all ports on a loop, you can increase efficiencies along routes,” she claimed, before saying that there has been “much more planning for digitalisation” since the end of 2019.

The sudden need to work remotely has also contributed to this and some parts of Asia were able to react quicker than others because the work to digitalise had already begun, especially those with 5G networks in place. Across the continent there has been a mix of homegrown digital solutions and global partnerships, Elhan-Kayakar said.

While the major Asian ports, such as Shanghai, Busan and Singapore, are still leading the way there has been more signs from developing nations including Vietnam, Thailand and Sri Lanka. However, it is “difficult to predict” how fast investment will take place in the long-term.

The UK Government’s freeport initiative, announced earlier in 2021, is meant to encourage the creation of “clusters of innovation” that “embraces digitalisation and automation” in the UK’s port sector, which is “completely market-led”.