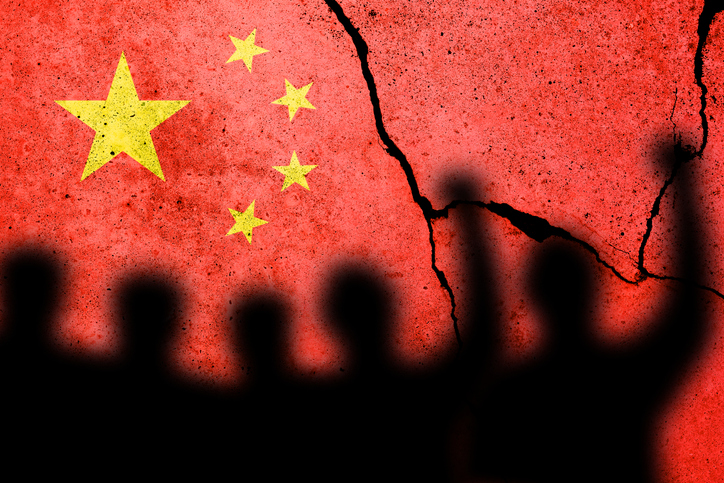 Ongoing COVID-19 lockdowns in China have had a major impact on the nation’s intermodal volumes as protests roll on.

Protests against ‘Zero-COVID’ lockdowns in China were triggered after an apartment fire on 24 November in Urumqi, the capital of Xinjiang.

The latest data from analysis firm FourKites found that during the seven days from 23 November through 29 November, weekly over-the-road and intermodal shipments being delivered to China dropped by 36 per cent week-over-week, and were down 37 per cent compared to the first week of November.

FourKites has seen port volumes at Chinese ports tick up slightly over the past month, though volumes are still down from highs seen in summer 2022.

As of 18 November, the 28-day average ocean shipment volume at the Port of Shanghai tracked by FourKites (including import and export shipments) is up 2 per cent compared to 12 March (the day before lockdowns went into effect in China earlier this year).

Volume at Shanghai is down 4 per cent month-over-month.

At the Port of Shenzhen, port volume is up 31 per cent compared to before the lockdowns and is up 12 per cent month-over-month.

At Ningbo-Zhoushan, port volume is up 4 per cent compared to before the lockdowns went into effect and is down 3 per cent month-over-month.

At Hong Kong, volume is also up 20 per cent compared to before the lockdowns, and is down 5 per cent month-over-month.

FourKites has continued to see the volume of shipments traveling from China to the United States decline, following reports of low port volumes at West Coast ports in recent months.

Dwell time at Chinese ports appears to be stable over the past few months.