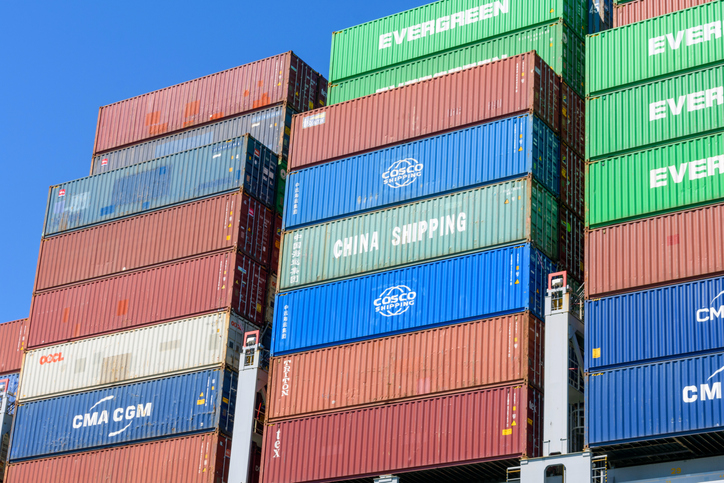 According to analytics company Xeneta, shipping costs have rocketed by 11.1 per cent globally to stand 109.9 per cent up year-on-year.

Rates in Far East grew slighter according to Xeneta’s report, with imports edging up 0.8 per cent (52.3 per cent higher year-on-year) and exports jumping 9 per cent accounting for a 127.7 per cent year-on-year appreciation.

In the US, the import index rose by 9 per cent, a 109.7 per cent gain on this time last year, while the export benchmark recorded the month’s only decline by 0.8 per cent. This figure remains 29.8 per cent up year-on-year.

Xeneta CEO Patrik Berglund noted that a shift from US West Coast to US East Coast hubs by carriers – together with the impact of Chinese lockdowns – has reduced the congestion that has come to define ports such as Long Beach in recent times.

He revealed that container imports into LA are down by around a fifth year-on-year, while the Port of New York & New Jersey is now the second busiest import destination – after Long Beach – in the country.

“That is hitting exports, which could obviously free up capacity and put pressure on spot rates. However, proactive carriers are moving to protect their dominant positions, as we can see with the 2M alliance aiming to blank three Far East-North Europe sailings in May.

“Yet again we see the carrier community sitting pretty when it comes to long-term contracted rate negotiations,” Berglund said.

“The data from our contributors is one indicator, while the financial performance of leading operators is another. They are, quite frankly, reaping huge rewards from a red-hot market.”

Berglund referred to the latest results from COSCO subsidiary OOCL, which reported revenues of $5.16 billion for the quarter, up 71 per cent year-on-year.

More recently, Maersk also released its figures for the first three months of the year, posting revenues of $19.3 billion, with an underlying EBITDA of $9.2 billion.