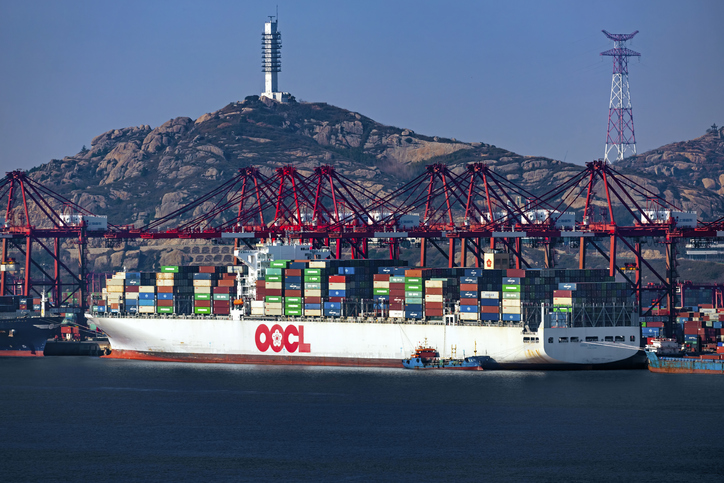 Orient Overseas Container Line (OOCL) has seen a 71 per cent rise in revenue in the first quarter of 2022, period ending 31 March.

The COSCO-owned shipping line saw its income for the period soar to $5.16 billion, primarily driven by severe congestion around the network, which also drove down liftings by 9.2 per cent and loadable capacity by 6.5 per cent.

The overall load factor was 2.6 per cent lower than the same period in 2021 and overall average revenue per TEU increased by 88.3 per cent compared to Q1 2021.

The group’s Trans-Atlantic business was the worst affected by congestion as liftings declined by 21.8 per cent compared to the same period the previous year to just 102,152 TEU.

“The ‘easy’ comparison is that OOCL’s global volume declined -9 per cent in Q1 2022 on a year-on-year basis. Pacific volumes are down 15 per cent, Atlantic volumes are down 22 per cent Intra-Asia is down 8 per cent, and only Asia-Europe shows marginal growth at 2 per cent. This at first glance appears weak, but there is context to be taken into account,” commented shipping expert Lars Jensen.

“Q1 2021 was an unusually strong quarter as the seasonal Chinese New Year dip in volume was less pronounced than usual. On top of that Q1 2020 was weak due to the first pandemic impact.

Loadable capacity increased by 0.2 per cent. The overall load factor was 1.3 per cent higher than the same period in 2020.