Cargo fires not solvable by digitalisation or regulation 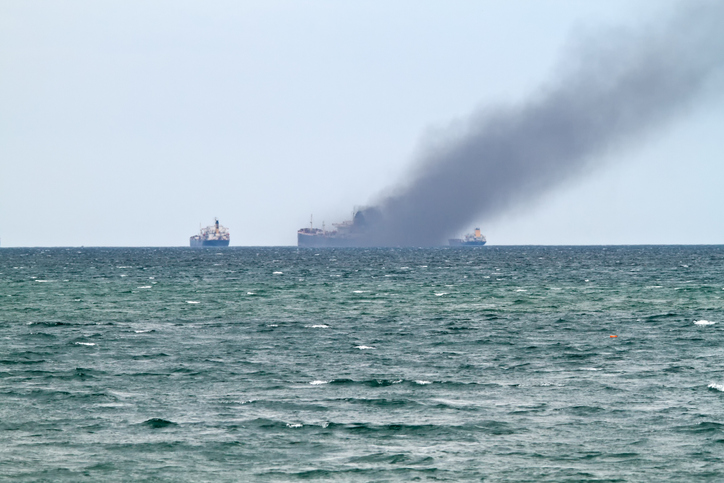 The danger of fires aboard cargo vessels, such as that on the X-Press Pearl, cannot be solved by tighter regulation or more digital technologies, according to industry experts.

Following the fire on the 2,700 TEU X-Press Pearl, which begun on 27 May 2021 and culminated in it being declared a total loss by 28 May, Kris Kosmala, Strategic Advisor, BunkerMetric, told PTI that there is no easy way to prevent it happening again.

Initial reports from the vessel’s owners X-Press Feeders suggest that the fire was caused by a chemical reaction, itself a result of a nitric acid leak in one of its containers, while it was travelling from the Port of Hazira, India, to Colombo, Sri Lanka.

This has raised questions about declaration procedures for dangerous goods that are transported by seagoing vessels and whether there needs to be more action from international authorities to ensure that cargo is carried safely.

However, Kosmala suggested that packaging and storage may be the cause and described the problem as a “complex issue without a 100% fault proof solution”.

“We have situation [with the X-Press Pearl] when the cargo was declared correctly like this nitric acid, but it was possibly poorly packed,” Kosmala said.

Using batteries as an example, Kosmala said there may be problems around transporting tightly packaged quantities of chemicals in single containers, which can lead to a build-up of heat.

How dangerous goods are stored needs to be reviewed, according to Kosmala, because there is a hole in current SOLAS regulation which does not require shippers to package dangerous goods “with absolute certain care” to avoid possible self-ignition.

Kosmala cited the explosions at the Port of Tianjin in 2015 as an example, saying that was not caused by one container of chemicals but by the “reaction of vapours between two ambient chemicals” stored too closely together in the warehouse.

This is down to a misunderstanding from stowage planners of what chemicals can be stored in proximity.

“After all, some chemicals can be stored next to each other and they will never mingle to cause spontaneous reaction, while two ambient substances can be highly explosive if they are comingled, either by physical contact or by mixing of vapours.”

The issue is not something “solvable by more regulation and maybe not even by information technology, certainly not the one available in any TOS or MSDS solution,” according to Kosmala.

In a report at the end of 2019, maritime insurer Gard said cargo misdeclaration was the leading cause of cargo ship fires and that SOLAS regulations had not kept pace with industry changes, such as the increasing size of container ships.