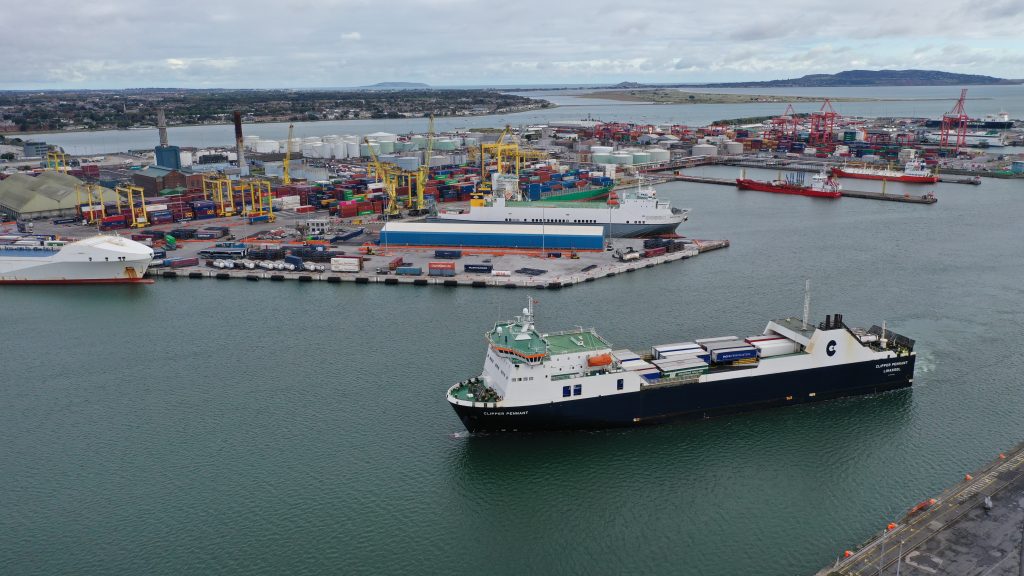 The effect that Brexit has had on cargo throughput on Dublin Port can clearly be seen after nine months with port volumes down 3.3%.

Through the period of January to September 2021, overall port throughput declined by 3.3% to 25.9 million gross tonnes, compared to the same period in 2020.

“After nine months, the impact of Brexit on the profile of Dublin Ports’ trade has become clear with volumes on unitised services to Great Britain declining by just over one-fifth while volumes on services to Continental Europe increased by more than a more a third,” said Eamonn O’ Reilly, Chief Executive of Dublin Port.

“Because of this, our unitised volumes are now split 50/50 between GB ports and ports in Continental Europe. Before Brexit, GB ports accounted for almost two-thirds.

The movement of Irish trade to EU markets and away from the UK has also had the effect of reducing the number of trailers that move through Dublin Port, O’Reilly added, which are driver-accompanied. Over nine months, nearly 60,000 loads that would have been driver accompanied before Brexit were shipped as unaccompanied trailers. “This is bad news from a port capacity perspective,” he commented.

On declining Ro-Ro sectors, O’Reilly noted, “Our interpretation of this is that the average size of a load in a single container or trailer has reduced because operational efficiencies which the Single European Market had facilitated in trade with Britain has been removed because of Brexit.”

While the year-on-year growth trend the port was seeing has been interrupted by Brexit and the COVID-19 pandemic, the port is confident that the effect will be temporary and believes growth in volumes on services to Continental European ports will drive throughput volumes back to the record levels of 2019.

In 2019 the Dublin Port Company reported growth in unitised volumes of 3.6% to 1.5 million units, this included Ro-Ro and Lo-Lo combined. During the period, containers and trailers accounted for 83% of all cargo.