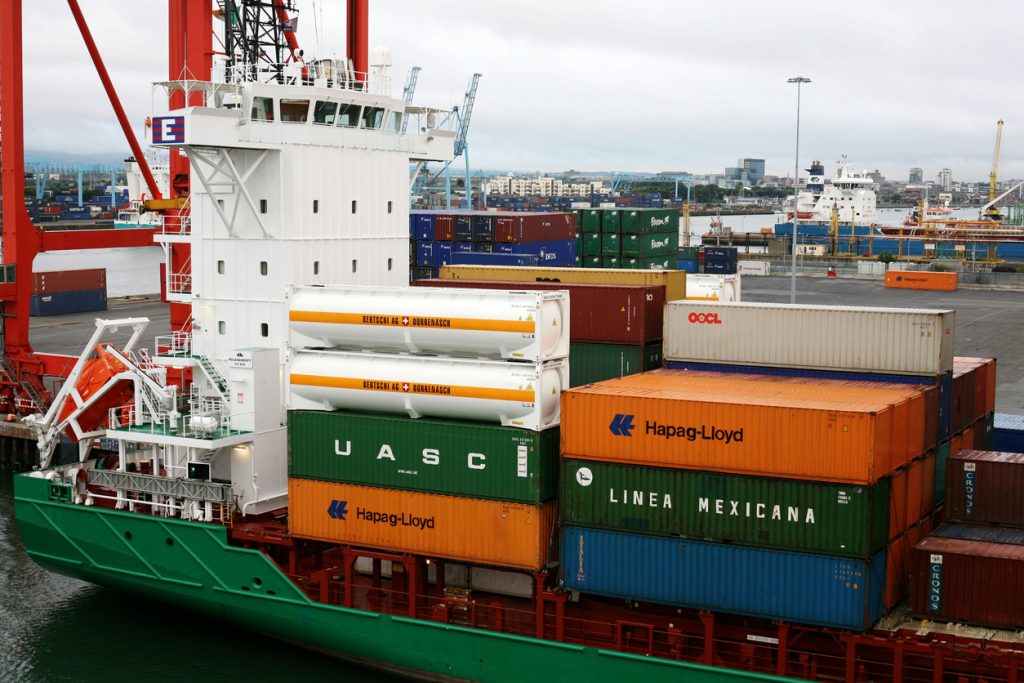 The Dublin Port Company has reported a growth in unitised volumes of 3.6% to 1.5 million units for 2019, this includes Ro-Ro and Lo-Lo combined.

Despite this, a company statement notes, the continued strength in unitised growth was offset but a large one-off decline in Bulk Solid commodities and, as a result, overall tonnage frowth for the year was just 0.4%.

Regarding this, Dublin Port’s Chief Executive, Eamonn O’Reilly, said: “While overall tonnage growth was low at 0.4%, there were one-off factors behind the decline in Bulk Solid volumes in 2019 which will not be repeated in 2020.”

Looking at the 2019 trade figures in detail, containers and freight trailers accounted for 83% of all cargo and both the Ro-Ro and Lo-Lo sectors grew strongly.

O’Reilly, commented: “The dominant feature of 2019 was the continued strong growth in the unitised modes with Ro-Ro ahead by 2.6% and Lo-Lo by 6.5%.

“Behind these growth figures, however, we saw a marked difference between the UK and the EU-26. Where GB volumes declined by 0.2%, volumes on Ro-Ro and Lo-Lo services to Continental Europe grew very strongly by 10.7%.”

He added, “The continued large growth in unitised volumes underpins the need for Dublin Port Company to continue the major €1 billion investment programme from now to 2029.

“In December, we finalised a €300m private placement debt facility and, with the finance now in place, capital investment will continue apace during 2020 on the Alexandra Basin Redevelopment Project, at Dublin Inland Port and on the redevelopment of the port’s road network to provide the capacity needed as the port grows to maximum capacity utilisation by 2040.”

2019 also saw the Dublin Ports Company submit the Masterplan’s second strategic development project, known as the MP2 project. This was sent to An Bord Pleanála and the company hopes to receive a decision in early 2020.

The MP2 Project is designed to greatly increase Dublin Port’s capacity for both Ro-Ro and Lo-Lo and to do this with no expansion into Dublin Bay.

Finally, O’Reilly, said: “While the final impacts from Brexit remain unknown, we have completed a series of projects during 2019 in conjunction with the OPW to provide the border infrastructure needed for whatever level of checks are ultimately required.”