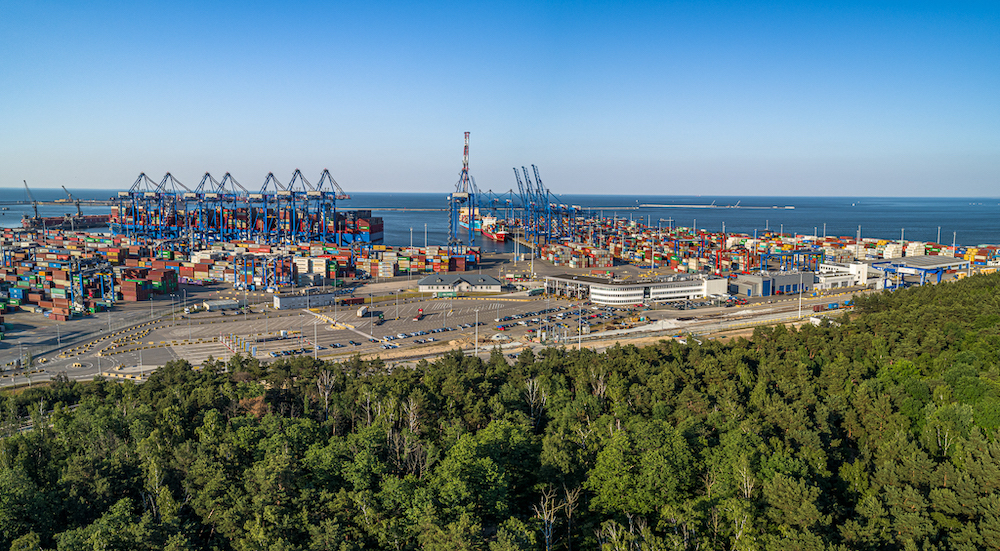 The order for the machines was first signed in September 2022.

The automatic stacking cranes have a span of 32 metres and 2 cantilevers of 8.5 metres lengths each. The lifting height is 1 over 6.

ABB will provide the electrical equipment, including automation. This marks the first time that ABB and Kuenz will deliver equipment for a sideloaded terminal in Europe.

“The tailor-made concept of ABB and Kuenz according to Baltic Hub’s requirements for automatic stacking crane systems, was the basis for winning Baltic Hub’s order,” said David Moosbrugger, General Manager at Kuenz.

The cranes will be delivered in several phases beginning in early 2024, with the final cranes completed by the end of 1H 2025.

Kuenz plans to go live on the terminal in the second quarter of 2024.

“We selected Kuenz and its partner ABB for several reasons, such as their patented hoist and gantry design and tailored automation solution for Baltic Hub,” said Mustafa Dogan, Technical Director at Baltic Hub.

“Together with Kuenz, we will take great steps on our automation journey that will increase Baltic Hub’s productivity while helping us achieve our ambitious sustainability targets.”

Baltic Hub is one of the fastest-growing terminals on the Baltic Sea.

The T3 construction will be completed by 2025 and will include a deep-water quay of 717 meters in length, with depths alongside of 17.5 meters, and a yard area of 36.5 hectares.