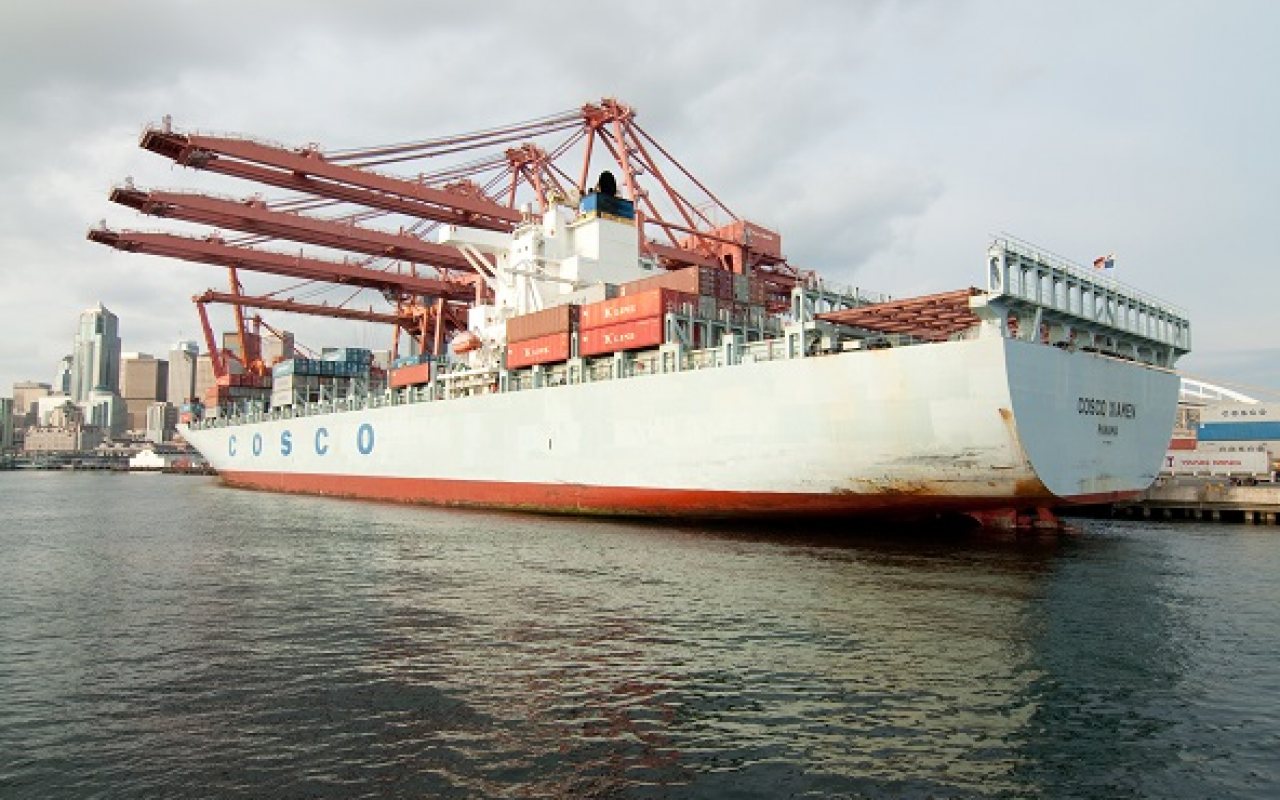 The share price of OOIL has dropped due to investor “anxiety” over worsening China-US trade ties which may affect regulatory approvals for a COSCO takeover deal, according to global shipping analyst Alphaliner.

On April 10, 2018, OOIL’s share price hit a new low since COSCO, together with joint-acquirer SIPG, made an offer for the Hong-Kong based parent company of Orient Overseas Container Line (OOCL) on July 7, 2017.

US President Trump’s clamp down on Chinese investments could mean that OOIL’s deal with the Chinese state-owned shipping and logistics firm is scrutinized further by the Committee on Foreign Investment in the United States (CFIUS).

If the deal goes through, it will make COSCO the largest Pacific Ocean container shipping service and world's third largest container liner.

The takeover passed the US’ Hart-Scott-Rodino anti-trust review, designed to prevent anticompetitive mergers or acquisitions, on October 23, 2017, and is ready for its June 2018 completion date, according to China Cosco Shipping Vice Chairman, Huang Xiaowen.

Alphaliner’s newsletter cited that, as of March 2018, COSCO has confirmed that its US container terminals are a focus of discussions with CFIUS, but that officials still expect the deal to close before the June 30 deadline.

The deal has also passed three other pre-conditions, including the anti-trust reviews in the US on October 23, 2017, and the EU on December 5, 2017, as well as the approval of COSCO Shipping Holdings’ shareholders on October 16, 2017.

Alphaliner stated: “OOIL will receive a break fee of $253 million if COSCO fails to complete the deal by the deadline, but the fee would be waived if the transaction 'failed to meet the requirements of CFIUS', even though the CFIUS clearance was not listed as one of the five pre-conditions for the offer from COSCO.

“The main issue at stake is OOCL’s Long Beach Container Terminal (LBCT), viewed as one of OOIL’s key assets, which will come under COSCO’s control upon completion of the OOIL takeover.

“A key question is whether COSCO’s control of the fully-automated terminal on the US West Coast, with a 40-year lease expiring in 2052 that is worth $4.6 billion in total, could harm US national security interests.”