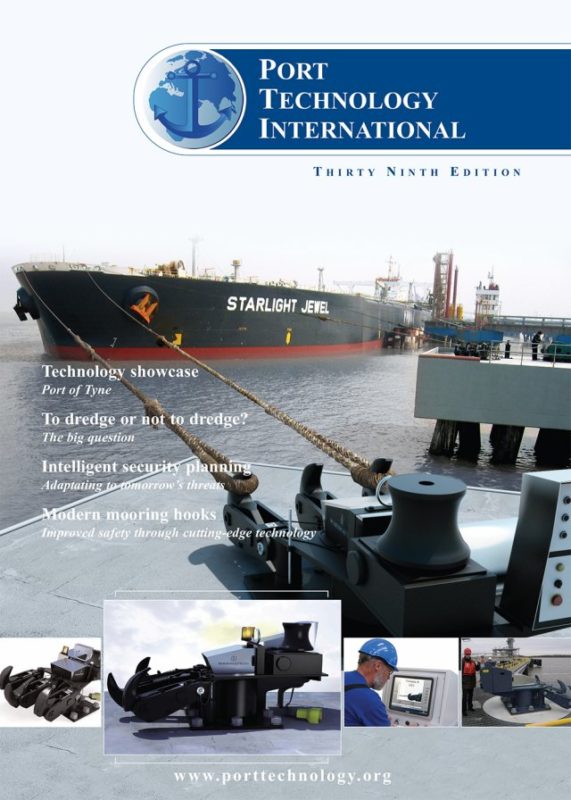 The spectrum of security threats that ports face includes not only those associated to terrorism, but also includes traditional foes such as fraud, theft, smuggling, illegal immigration and piracy. Nonetheless the security threat of greatest concern is from terrorist organisations and in particular the delivery of Weapons of Mass Effect (WME) and Weapons of Mass Destruction (WMD), potentially nuclear.

As one can imagine ships offer ideal delivery vehicles, not only due to their size and the challenges of accountability of their cargo but perhaps more importantly the reliance on another nation’s responsibility to ensure the integrity of its shipping channels. Subsequently the challenge of protecting any nation’s ports cannot rely solely on its own counter measures; it must also rely on the security measures in place at the point of origin.

It will be evident for all those interested or involved in ports across the world, that there is a huge amount of activity in the construction of new ports and the expansion of existing ones. Expanding new infrastructure and facilities provides the greatest amount of pressure on the site security management team. During these times of growth they have to deal with two very opposite ends of the spectrum – construction and operations, and this is never easy, especially in a decade where threat levels
are on the rise. Extra vigilance is required as the number of construction vehicles increases dramatically and often the site starts to create additional access points like a leaky roof.

The challenges faced by any security plan are now much harder than ever before. Weapons and explosives are easier to obtain and criminal methodologies are often studied in detail with ‘lessons learned’ articles on the subject openly available. Criminal and terrorist knowledge is spread or promoted via websites, articles and the media, highlighting weakness and vulnerabilities in security plans while introducing concepts and ideas to potential malcontents.

Operational planning of a security breach is made easier through information resources and communication tools such as freely available satellite mapping, the target’s website, email and mobile phones. Not only this, but the impact of a security related incident can be much greater through an ever hungry, uncensored 24/7 media.

The security industry has had to adapt to these changes, continually changing its form and function to address current and emerging threats. So how has it done this, and how can we continue to improve our resilience against the threats we face. Fortunately, it is not only the threat environment and the capability of potential  malcontents that has changed. Security counter measures have also seen remarkable changes in the past few years, through not only advances in technology but with the introduction of new governing regulations and initiatives.