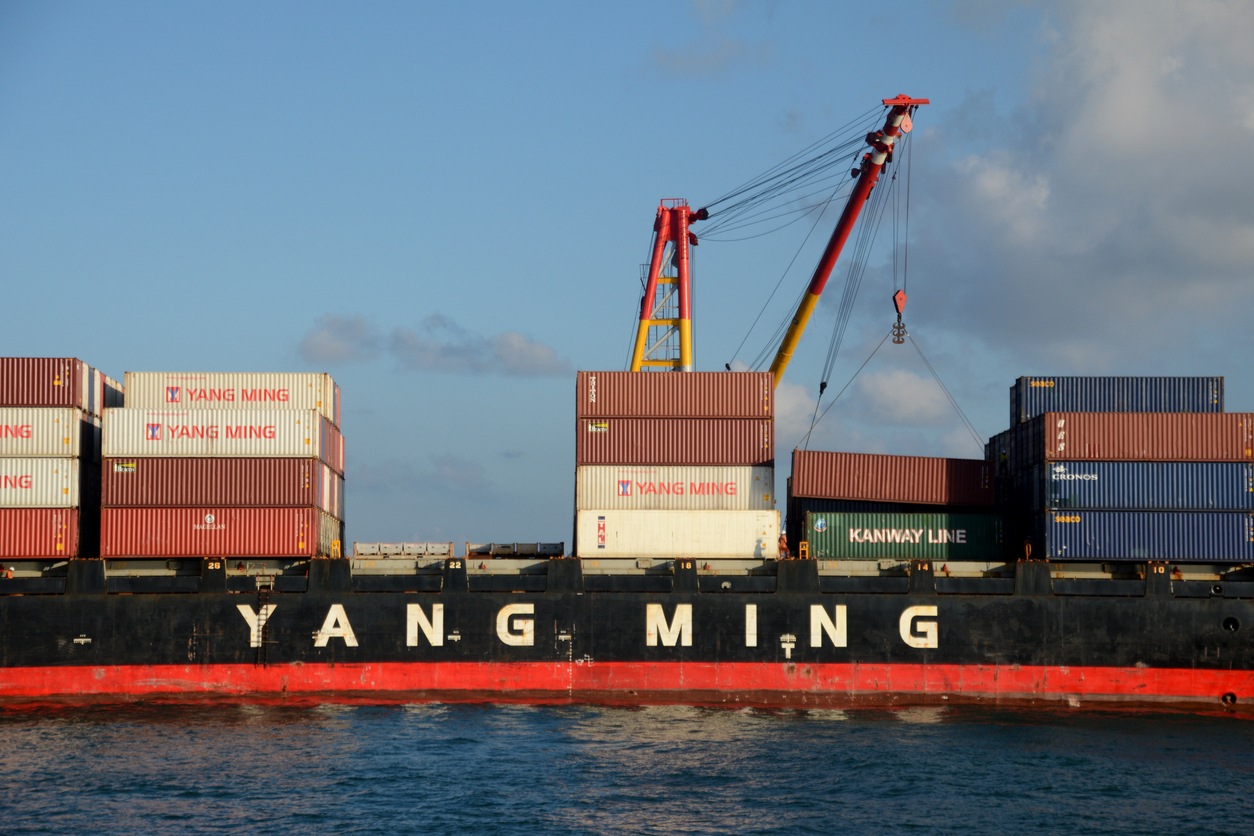 Yang Ming Marine Transport Corporation has reported a net loss of $27.15 million for the first quarter of 2020.

The Taiwanese shipping company posted its first quarter results on 15 May, reporting consolidated revenues for Q1 2020 totaling $1.15 billion, a decrease of 1% compared with £1.14 billion in revenue from the same period of previous year.

The first quarter result was impacted by the recognition of loss from part of the group’s subsidiaries, including bulk business, in the amount around $10.95 million.

Coupled with the slow resumption of production after Lunar New Year, and the proactive service and space reduction plan instituted by THE Alliance in response to the COVID-19 outbreak, container business earnings were weaker than expected.

The overall container business performance in 2020 Q1 shows that volumes decreased 4% year over year to 1.24 million TEUs, while fuel cost increased 5% year over year due to the implementation of IMO 2020 Low Sulphur fuel regulation.

Ocean freight, however, increased 4% over the same period last year and revenue only slightly declined 0.32% year over year.

This indicates the company’s business strategy and competitiveness enhancements are effective and keep the revenue at around the same level compared with last year under the pressure of imbalance demand and supply as well as increased operating cost.

As the COVID-19 pandemic rages, Yang Ming has announced its blank sailing plan in Q2 to mitigate the impacts of the crisis. Reduced revenue due to large scale capacity withdrawal in Q2 could be expected, however, related variable or semi-variable cost could also be lowered.

The credit rating agency considers Yang Ming’s role and link to the government will remain intact and the company will continue to benefit from favourable borrowing costs and sufficient liquidity support from banks in Taiwan. Yang Ming‘s liquidity and refinancing risks remain low despite the COVID-19 impact.

Also, the Ministry of Transportation and Communications (MOTC, R.O.C.) recognizes Yang Ming’s efforts in the last year to reinforce container business operation and strengthen operating structure via implementing measures to increase profit, reduce cost, and enforce risk control. Several economy stimulus or bailout package has been revealed by the government to support the shipping industry as it weathers the pandemic impact.