Friday Focus: Who is Leading the Autonomous Ship Race? 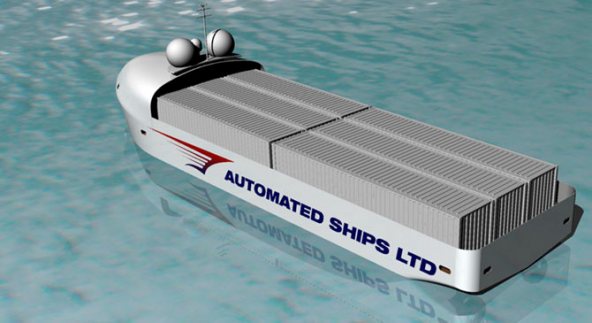 Ship designers, operators and regulators are considering a future where cargo vessels sail the oceans with no crew, but who is truly leading the autonomous ship race?

The Monohakobi Technology Institute, NYK Line’s research and development unit, is reportedly considering using a large containership for the test from Japan to North America.

Hideyuki Ando, a senior general manager at Monohakobi Technology Institute, revealed the information to Bloomberg in an interview on Wednesday (August 23, 2017), and added that a crew would be on standby for safe operations.

But the latest innovation to be revealed by the company is a support tool that enables officers to better manage and share navigational information.

This doesn't suggest that the institute is at the forefront of floating the first robot ship as there are many projects that have been far more open about more impressive progress.

It was recently announced that the world's first system of autonomous ships would be developed by a team of partners in a project called One Sea, which aims to have fully remote-controlled vessels operating in the Baltic Sea for three-years’ time.

One Sea also expects that autonomous commercial maritime traffic will be achieved by 2025.

There is also the Hrönn project, which is building the world’s first unmanned and fully-automated vessel for offshore operations (pictured above).

But the most prominent innovator is British engine manufacturer Rolls-Royce.

Not only is it involved in the One Sea project, Rolls-Royce has many of its own projects for “autonomous operation-ready” ships.

A strategic partnership will allow the company to design, test and validate the first generation of remote and autonomous ships.

A Marine R&D Centre for Remote Control & Autonomous Ships and Artificial Intelligence will also be opened by the company later this year, marking a milestone in its collaboration with the Autonomous Shipping Alliance.

Asbjørn Skaro, Director Digital and Systems for Rolls-Royce, recently revealed that remote controlled ships will be in commercial use by the end of the decade and a common sight on the high seas by 2030.

However, before any of this development takes place, the International Maritime Organisation (IMO), a UN agency that regulates shipping, has to change the International Convention for the Safety of Life at Sea (SOLAS) to allow ships with no captain or crew to travel between countries.

Maritime Autonomous Systems Regulatory Working Group, which is reviewing regulation, hopes to convince IMO before the end of the decade.

So, why go to all the bother of creating fully autonomous ships?

The shipping industry is keen to switch, partly to avoid having to pay a crew, which can account for almost half a ship’s costs.

It is also searching for more ways to create efficiencies after recovering from major losses due to a downturn that started after the 2008 global financial crisis.

Container shipping companies have been doing this by cutting fleet sizes and ordering new ships that are larger and greener.

An example would be the latest ship order from CMA CGM.

The French carrier, the third largest globally, has ordered vessels that can hold 22,000 containers and will equip them with either exhaust gas cleaning systems or scrubbers to reduce the polluting emissions released into the atmosphere.

Its ships will also be dual fuel, which reduces CO2 emissions by allowing the ship to use liquefied natural gas.

However, the global shipping industry has seen great efficiencies made by the automation of ports, so it only makes sense that ships follow suit.

In the era of the fourth revolution, it is now the container shipping companies’ turn to disrupt the industry by encouraging the development of robot ships.