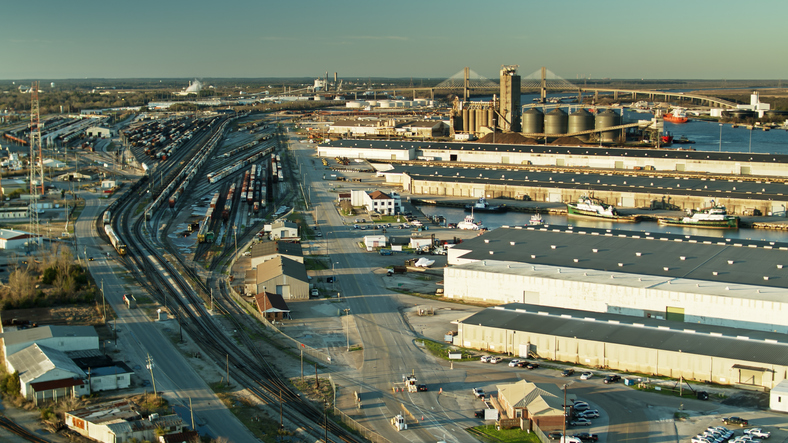 The US Department of Transportation (USDOT) has awarded $100 million to two Alabama transportation authorities to construct multi-modal assets in Mobile.

The Mobile Airport Authority (MAA) and the Alabama State Port Authority (ASPA) jointly competed for the Demonstration Program Grant to facilitate capital infrastructure improvements at the Port of Mobile and the Mobile Downtown Airport.

The funding was authorised under the Consolidated Appropriations Act and is intended to increase the efficiency of freight movements by air, rail, highway, and water.

“This is one of the most impactful federal grants during my time in Congress,” stated US Senator Richard Shelby.

“Mobile is uniquely positioned to become a major transportation hub, with infrastructure already in place for maritime, rail, aviation, and highways. For many years, I worked to create those conditions by dredging the Port of Mobile and improving the airport.

“This program will build on that vision. Our Gulf Coast and the entire state of Alabama stands to benefit immensely from this funding in ways we can only imagine.

“Mobile has a lot to offer, and I am thrilled that we are utilising its existing infrastructure to create a new transportation hub and economic power source for the entire state.”

Under the grant, the ASPA will receive $38 million to leverage freight movement efficiencies. The MAA will receive the remaining $62 million.

The Port of Mobile will invest in an intermodal connector bridge to connect the marine terminal to the intermodal container transfer facility (ICTF) terminals and the adjacent logistics park. The connector facilitates direct, low emission transfer of a container from an ocean vessel to rail via the ICTF.

The port also said it will invest in site development and civil infrastructure in preparation for the construction of distribution centres. These assets are located in the Mobile Harbor where a $365.7 million channel deepening and widening program is currently underway.

This initiative is scheduled for completion by 2025.

“The timing of this grant could not be better,” said John C. Driscoll of the Alabama State Port Authority.

“The port is progressing nicely on the channel modernisation program, and we just closed out calendar year 2021 with unprecedented growth at our container intermodal facilities.

“As we move into our fourth container terminal expansion, this port is poised to deliver cost-effective, reliable, and efficient freight and intermodal cargo service for underserved logistics markets regionally and across North America.

Earlier this year, Alabama Governor Kay Ivey announced the creation of the A-USA Corridor, a proposed $231.6 million program of rail projects to upgrade economic development infrastructure in the state.

The first phase of development of the project involves a $71.6 million initiative to link the Port of Mobile with the McCalla Intermodal Facility near Birmingham.